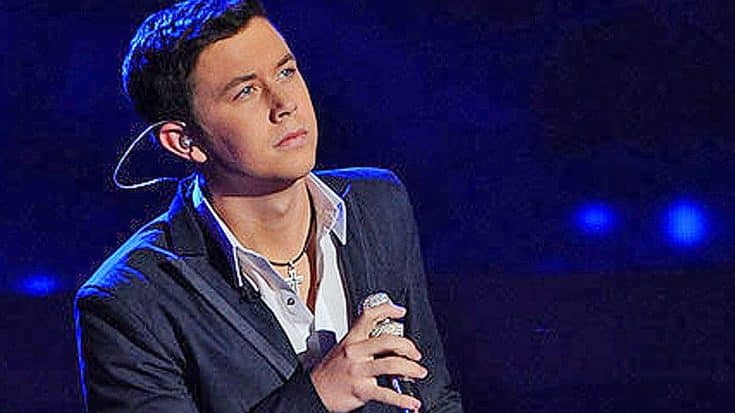 A side of Scotty we rarely see.

While visiting Raleigh, North Carolina over the weekend, Scotty McCreery debuted a few new songs from his upcoming album. It was very fitting to unveil this special song in his hometown.

Before the performance, he described the song as, “My favorite song I’ve ever written. I think it’s very relatable for a lot of folks. In January I lost a man very close to me, my grandfather, and there’s many things I wish we could say to him.“

As I just shared on Facebook, my Grandad passed away unexpectedly. Such a great man who will sorely missed. pic.twitter.com/lDJ4W3KqYd

The song, called “5 More Minutes“, is appropriately titled and will pull on your heartstrings, especially if you have had to go through losing someone close to you.

His lyrics “So much left to say, I pray/ Lord, I ain’t finished/Just give us 5 more minutes” will hit close to home for so many fans. This is a song that nearly every person can relate to.

McCreery performed the song with such passion and emotion. What made this moment of performing this song for the very first time even more special, is that his grandmother was in the audience to hear the song for the first time as well.

Take a listen to McCreery talking about the meaning behind “5 More Minutes” below.

The story behind “5 more minutes”. Scotty McCreery co-wrote 5 of the songs that so far have made the new cd.

And check out his new song “5 More Minutes“.

New Scotty song called “5 more minutes” that hits home as he just lost his grandfather. Sweet side note, his grandmother was here to hear it for the first time.