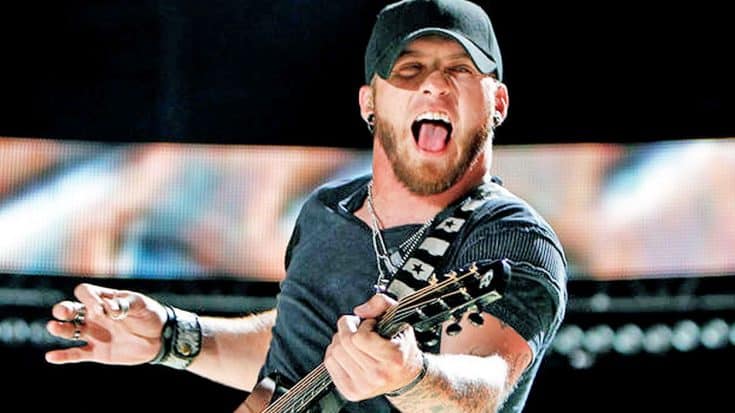 Brantley Gilbert wants to warn his fans that “the Blackout is coming.”

On Monday night, Gilbert took to social media to tell fans about the “Blackout,” changing his Facebook and Twitter profile pictures to black squares. He also changed his cover photos to a simple image that says BGBLACKOUT.COM

Gilbert continued to talk about the approaching “Blackout” on social media on Tuesday morning, posting a short clip that shows him walking through the woods and picking up a shed deer antler. Once again, Gilbert continued to encourage fans to visit BGBlackout.com.

At first, the home page of BGBlackout.com is just a black screen, but a move of the cursor reveals a countdown clock and another, longer video that shows Gilbert chopping wood with a chainsaw and riding an ATV through the woods. The video is set to the tune of several songs with the word “black” in them, including AC/DC’s “Back In Black.”

While you wait on the approaching “Blackout,” enjoy watching Gilbert’s live performance of his hit song, “Bottom’s Up” in the video below!

With so much hype, we can’t help but wonder if the “Blackout” Gilbert is telling us about is really a new album? We’ll be able to find out the answer soon, since Gilbert plans to make a big announcement on Twitter at noon on November 2!