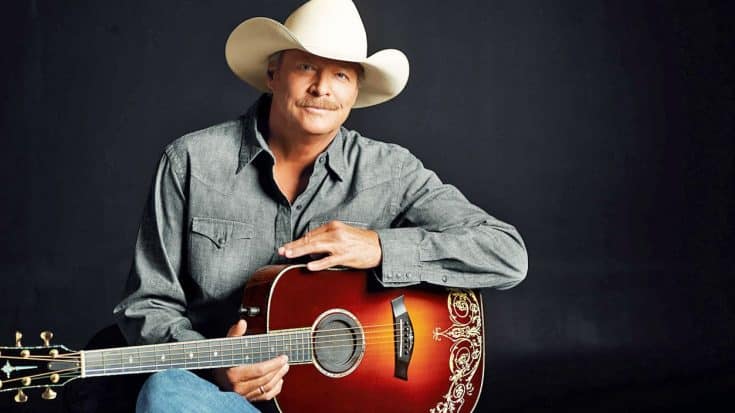 The spookiest holiday of the year is upon us! Get ready for the ghosts and goblins!

Besides dressing up and eating candy, we think one of the greatest parts of Halloween is reflecting on Halloween’s past. Do y’all remember some of those costumes you (or your kids!) wore over the years?

Alan Jackson sure does. Back in the day, the Jackson family really knew how to do Halloween.

During an interview with CMT, Alan reflected on one of his his funniest Halloween memories.

Aww, I remember some, when they were infants, they had like these little — they looked like a little pea pod, you know, or something. It’s like a little green pea or something. And I thought, ‘Man, that’s awful.’ But Denise liked it, and I guess it was cute, but…

Alan couldn’t hold back his laughter as he remembered his little ones back in the day.

We think maybe that was the point of the costume, to get a little chuckle out of the adults. That’s why we dress up the little ones right?

The more ridiculous, the more adorable!

But we’re sure they were the cutest little pea pods (or something) out there!

This past year, Alan released the tender song, “You Can Always Come Home“. He said the song was inspired by his little girls and how quickly they’ve grown up. We’re sure he’s missing the days of the pea pod costumes!

Check out the emotional song below.