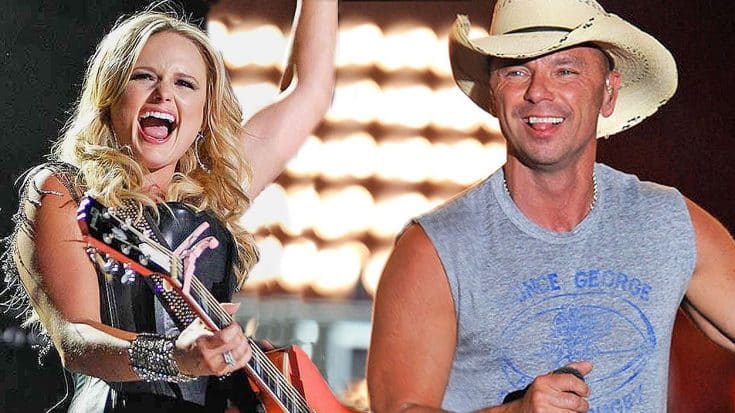 Kenny Chesney is about to Spread the Love.

Chesney announced a 2016 stadium tour in September and the only details we were given were that Miranda Lambert, Sam Hunt, and Old Dominion would be joining him!

Yesterday, in a press release, 11 stadium dates were revealed!

When thinking about who he wanted as his tour partner, it was a no brainer. Miranda joined him in Chicago for his 2015 tour and he loved sharing the stage with her.

“Miranda was such an awesome addition in Chicago,” Chesney says. “When I was thinking about what I wanted to do this year, how to keep the energy we had and give the fans something truly great musically, she just made sense. She’s a songwriter, a great singer and she loves music every bit as much as I do. In a stadium, those things matter.”

While there will be more dates announced at a later time, Chesney wants to give his fans plenty of time to make arrangements for the shows that are already announced for his Spread The Love Tour. Below are the 11 tour dates. “People always want to know about the stadiums,” Chesney says. “Because it’s a big show … a lot of music … and the kind of day people come together and celebrate friendship. We know a lot of people travel to these dates from all over, so to give them as much time as possible to get ready, I figured it’d be nice to get these out in front of our other shows! There could be a stadium date or two added, but for everyone who’s asking, let’s get next year started, right now.”

We can’t wait for this tour, and are excited to see what other cities he will add! It’s going to be an amazing tour!

Take a look at Kenny and Miranda’s performance of “She Thinks Tractor’s Sexy” to get a taste of what’s to come!