Carrie Underwood Makes The Announcement Fans Are Waiting For 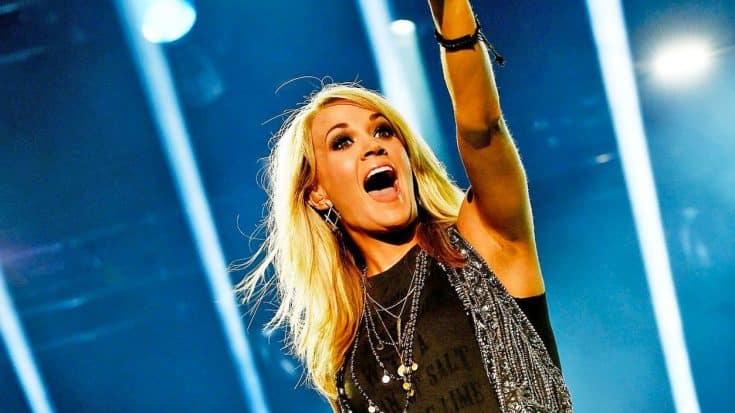 See if Carrie Underwood is coming to a city near you!

After some time off, working on new music, and adjusting to the “mom-life”, Underwood is back! She is kicking off a 2016 tour that has fans waiting for the second they can buy tickets. No doubt these shows will sell out!

The seven-time Grammy winner just released her fifth studio album, Storyteller and couldn’t be more excited to play new music for her loyal fans. The tour will kick off on January 30, 2016 in Jacksonville, Florida, playing 40 arenas across the U.S. and Canada. “I can’t wait to play new music from Storyteller for the fans,” shared Underwood to her official fan club. “I am so blessed to have this career and get to do to the things I do, but there is nothing like that moment when I get to step onto the stage to sing and all the fans are singing along with me.”

Check out the official tour dates below, and remember that festival dates are also included!

Oh, I can already tell, we're going to have us some fun out on the road!!!! Super excited!!!!! @eastoncorbin @theswonbrothers #StorytellerTour

Fans have been looking forward to this 2016 tour for quite some time. She’ll be joined by artists, Easton Corbin and The Swon Brothers (Corbin’s enthusiasm shown in Underwood’s Instagram video above). In true Underwood fashion, she has arranged for $1 from each ticket sold at the U.S. dates of The Storyteller Tour to be contributed to the C.A.T.S Foundation to help its causes including Checotah, Oklahoma’s education and literacy programs.

Watch the official video for “Smoke Break” below!