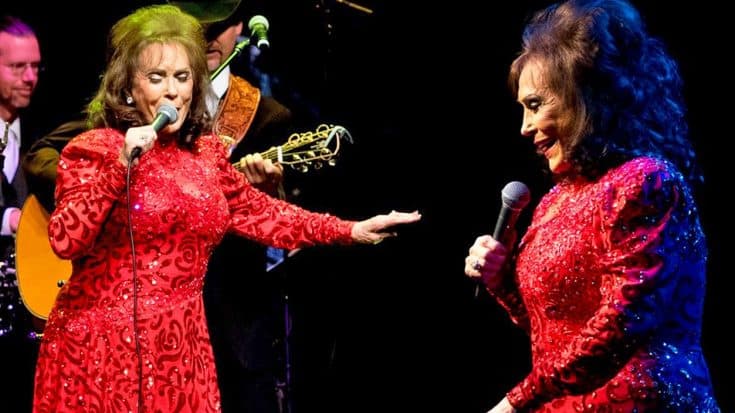 With style and grace, Loretta Lynn took the stage on October 25, 2015 at Austin’s ACL Moody Theater. Fans flooded in the doors to watch the legendary First Lady of country music, and she did not disappoint. Lynn has had more success than anyone could ever dream of. She doesn’t have a thing to prove to anyone, but she continues to perform for the fans that got her where she is, as well as the ones who keep her music alive.

She was joined by her son and daughters, who are all quite talented in their own right as singers and musicians. In her shiny red sequined dress, Lynn lit up the stage singing all of her old classics. From “You’re Looking At Country” to “One’s On The Way/The Pill”, she put her best sass forward, showing fans that she’s definitely still got it. The video below was captured by an audience member, who was lucky enough to record the end of the night at The Moody Theatre. She sang “Coal Miner’s Daughter” to close out the night, and of course the crowd was thrilled! To see a more than 45 year old song sang by the original writer, singer, and woman who’s life it is about has to be a surreal experience. She is a true legend! Watch the live performance below to see just how amazing Loretta Lynn STILL is. In the meantime, we’ll try to figure out her secrets to success and never-ending beauty!