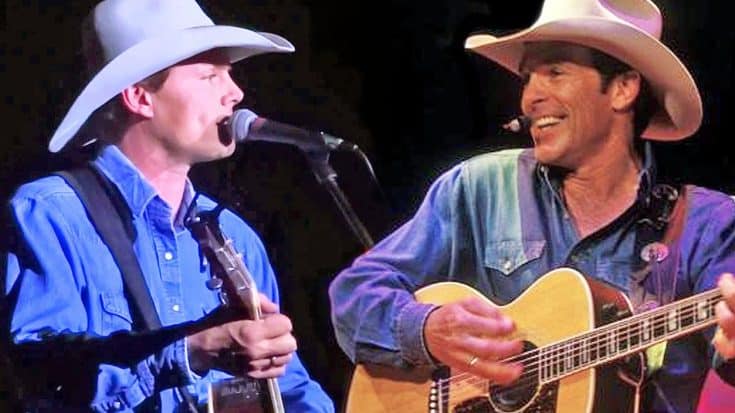 When Chris LeDoux passed away due to cancer in 2005, he left a legacy of a successful country music career behind him. He also left behind an unfinished song about the importance of family and a talented son with a love of country music.

Ten years after his father’s death, Chris’s son Ned is doing what he can to keep his legacy alive.

One way Ned’s doing just that is by finishing the song his dad started writing, but never had the chance to finish.

Ned debuted the new song, called “You Guys Can’t Tell Me We Ain’t Got It All,” on the Tyler and Megan show for the Kansas radio station Hot Country B104.7. He took to his Facebook page to announce his appearance on the show, dedicating his performance to his dad.

If y’all wanna hear a brand new Chris LeDoux song cowritten with me and Mac Macanally, tune into 104.7 Megan & Tyler in…

Ned’s performance on 104.7 was one of many he’ll be performing of the course of the next few months in tribute to his dad.

Here’s an update on my “Tribute to Dad” shows over the next couple months. Oct 22-Wichita, KS – the portOct 23-…

The lyrics of Ned’s new song describe how even though the narrator may be poor in the eyes of others, he feels like he truly has it all:

“Well we ain’t got much of nothin’, and some folks might call us poor. But we’ve got meat in the freezer, and credit at the store. And there’s cows out on the prairie, wife and children down the hall. Now you can’t tell me we ain’t got it all.”

The song hasn’t been released to a wide audience yet, but Ned has already received a lot of praise for completing it, with many people saying he shares the same talents as his father.

Listen to Ned’s performance of “You Guys Tell Me We Ain’t Got It All” in the video below.

Ned LeDoux came by Tyler and Megan on B104.7 this morning! He debuted a song that he wrote with his dad Chris LeDoux and…

We’re sure Chris would be so proud of his son for writing the rest of his song.