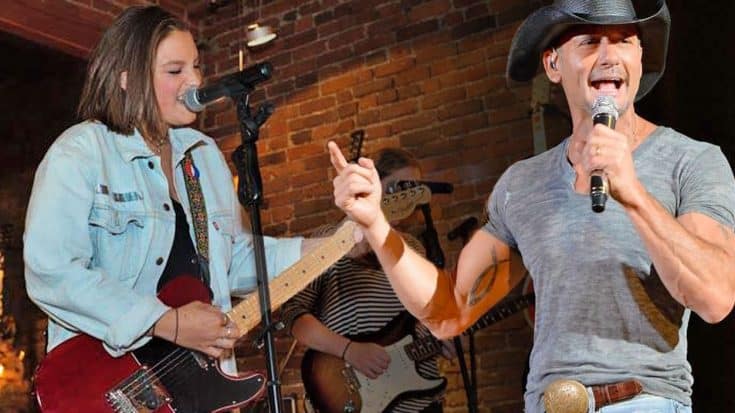 Tim McGraw and Faith Hill have two beautiful daughters that are taking after their musically-inclined parents in big ways. Audrey, the youngest, takes to performing at her dad’s concerts (see it here). Gracie, also performs with dad, but has branched out and started her own band as well!

Gracie’s band, The Band Tingo, has been working hard over the last couple years and has even launched their first independent album, self-titled Tingo on Bandcamp.

With an eclectic style ranging from alternative rock, to singer/songwriter, they describe themselves as “..a bit of all the good stuff.”

While his daughter is self-producing albums between semesters at college, Tim is out promoting his newest album Damn Country Music before it’s official release on November 6th.

Watch the video below for Gracie and her band’s chilling song “Ghost”.