Glen Campbell Health Update: Wife Kim Openly Admits, ‘It Was More Than I Could Handle’ 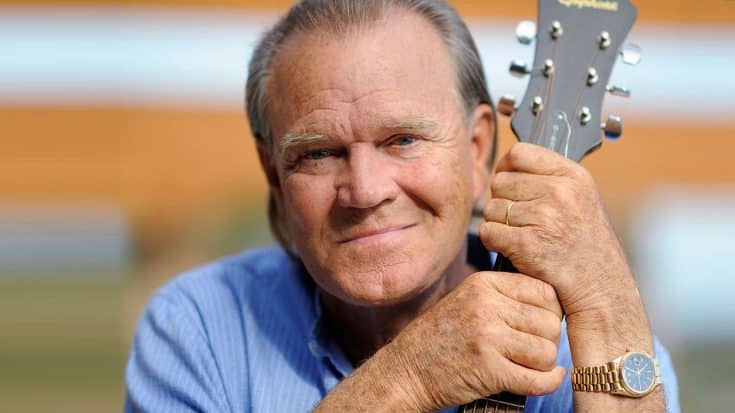 For Glen Campbell and his family, life has changed drastically. The summer of 2015 had it’s share of ups and downs, but learning is half the journey. The Campbell’s spoke to People Magazine about their tough couple of months.

In June of 2011 Glen revealed that he had been diagnosed with Alzheimer’s disease. His fans and family were devastated but hopeful. In 2012 Glen embarked on his last ever tour, alongside the people who mean the most to him. The “Goodbye Tour” celebrated his illustrious career, and gave him a chance to perform with his children one last time. But the real challenge came years later, when Glen’s wife of more than 30 years, Kim and the couple’s children moved him into a memory care community.

“I always wanted to bring him home and give it another try because I miss him so terribly,” said Kim.

So the family gave it a shot. They moved Glen back into the families Nashville home, and hoped for the best. But they unfortunately were unable to give him the care he needed.

“It was just more than I could handle,” said Kim about moving her husband home. “He’s the sweetest person in the world, but he becomes combative when you try to change his clothes or bathe him. It really wasn’t the best situation.” With the help of the couple’s children, their nephew Matthew Monier and family friend Brody Wooton, Kim cared for Glen at home for seven weeks but eventually had to move him into a new memory care community.

Both Monier and Wooton have full-time jobs at the care facility and spend each day with Glen. Kim also spends her days there, still doing everything in her power to love and care for her husband.

We hope the best for the entire Campbell family. Keeping them in our thoughts and prayers!