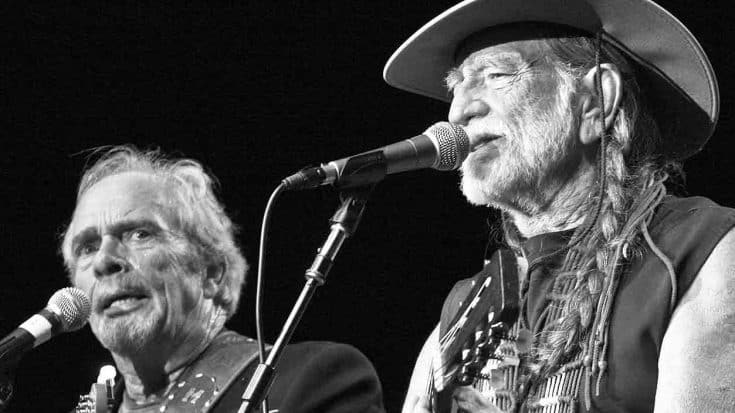 Longtime friends, Willie Nelson and Merle Haggard have been collaborating together for many years. Their most recent project, Django and Jimmie was released in June 2015 and features both duets and cover songs. The duo decided to tackle the Bob Dylan classic, “Don’t Think Twice, It’s All Right” and it is music to our ears.

Dylan wrote “Don’t Think Twice, It’s All Right” in 1962, and released the song on a year later on his The Freewheelin’ Bob Dylan album. The folky tune has been covered by artists before, including Waylon Jennings and Elvis Presley.

But when Nelson and Haggard get together on a track, something special happens. Their vocal stylings and tone compliment each other in the best way possible – making everything they do impressive! After all, this isn’t their first rodeo.

The country legends other collaborative albums include Pancho & Lefty, Waking The Line featuring George Jones, Seashores of Old Mexico, and Last of the Breed with Ray Rice. They had been talking of making a fifth collaboration for over a year before they got the ball rolling, even admitting that a couple songs were written over the phone.

The video showcases both Nelson and Haggard in their element, recording together in the studio. Nelson revealing that it was Haggard’s idea to cover a “Dylan song”, but he to is a huge fan.

Watch the duo team up for “Don’t Think Twice, It’s All Right” below!