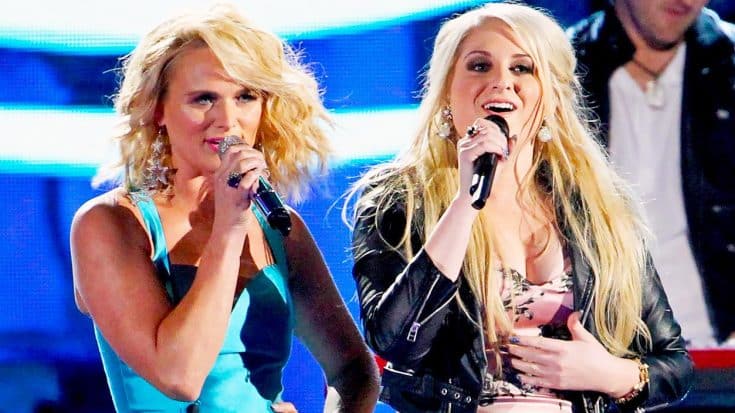 With the CMA Awards happening next week, the country music world is already getting pumped up about country’s biggest night.

One of the CMA‘s most memorable moments occurred last year, when Miranda Lambert was joined on stage by pop artist Megan Trainor for a performance of Trainor’s mega-hit, “All About That Bass.”

Despite her success as a pop artist, Trainor is no stranger to country music. She’s been writing country songs for years, and actually co-wrote two songs on Rascal Flatts‘ 2014 album Rewind, called DJ Tonight and “I Like The Sound Of That.”

Lambert and Trainor actually make a great duo, and it’s unbelievable how well their voices match up with one another.

Both singers wear short, flirty dresses, and seem to have a fun time singing the song and dancing on stage together. The crowd seems to enjoy the duo’s performance as well, with the camera zooming out to show some of the other artist’s reactions. Hunter Hayes seems particularly into the performance, nodding his head along and smiling as the camera makes its way to him.

Watch Lambert and Trainor’s fiery CMA’s performance in the video below.

With performances like this, we can’t wait to see what’s in store for this year’s CMA’s!