By Jennifer Pernicano on October 28, 2015
Advertisement 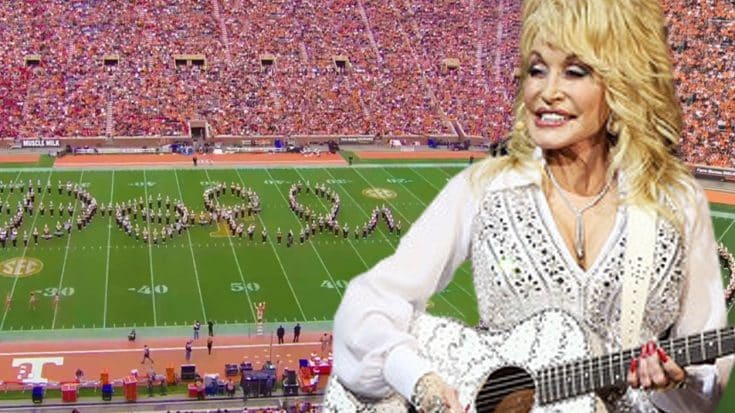 Tennessee’s marching band, The Pride of the Southland Band, took the field at Neyland Stadium to play a tribute performance honoring none other than Dolly Parton!

They played a medley of her hits including “Jolene“,”Coat of Many Colors“, “I Will Always Love You” and “9 to 5“.

During each song, they made incredible formations such as butterflies, a coat during “Coat of Many Colors“, a series of hearts during “I Will Always Love You“, and clocks set to the times 9 o’clock and 5 o’clock during “9 to 5” and finally, replicating her signature!

It takes so much practice to be able to accomplish the simplest of marching formations and The Pride of the Southland Band completely blew everyone away! UT is special to Parton, not only because she is from Tennessee, but also because she was awarded with an honorary doctorate in Humane and Musical Letters from the university in 2009.

Watch the INCREDIBLE performance below!