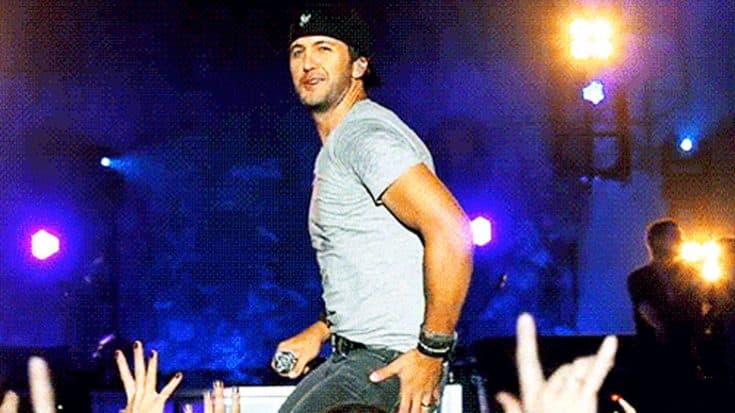 Taste of Country via 103. US Country

Luke Bryan is known for his top-notch dance moves, but another thing the “Country Girl (Shake It For Me)” singer is known for is teaching others how to pull off those dance moves.

When Bryan is on tour, he usually makes a big deal out of performing “Shake It For Me,”  stopping to dance and show off for the crowd. Oftentimes, he will also pull a few guests up on stage and show them a few moves.

At one 2012 concert in Champaign, Illinois, Bryan didn’t bring anyone on stage with him, but he did offer a few dance tips to a guy in the crowd who was trying to “shake it” with his lady.

“I’m gonna show you something though. You’ve got to slow down a little bit son!” Bryan says with a smile.

For Bryan, slowness is key to pulling off his signature moves. During a 2011 concert in Southaven, Mississippi Bryan goes into a detailed explanation on how to successfully pull of “the move” as he swings his hips and gets down low to the ground.

During a 2013 concert in Raleigh, North Carolina, Bryan invited his good buddies Tyler Hubbard and Brian Kelley of Florida Georgia Line on stage with him for a performance of “Country Girl.”

At the beginning of the song, Bryan and Hubbard “shake it” together, and it seems that Hubbard has no trouble keeping up. Bryan is so impressed with Hubbard’s moves that he falls down to the ground and lets him take center stage.

Eventually, Kelley comes and joins his bandmate, and the two of them end their dancing spree in a way that makes the crowd go wild.

Watch Bryan “shake’ it” with Florida Georgia Line in the video below.

Maybe the next time you go to one of Bryan’s concerts, you might be lucky enough to get one of his personal dance lessons as well!