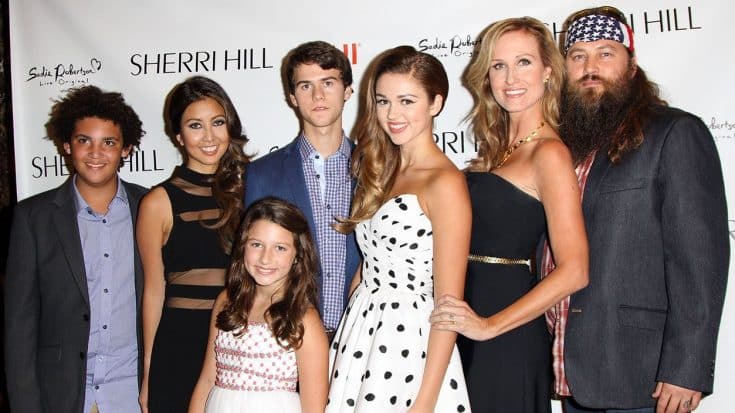 These Duck Dynasty stars have always been open about adoption. In a recent interview during the Angels In Adoption event in Washington D.C., they answered some questions about how big they were planning on growing their family.

Willie and Korie have always been candid when it comes to their family. Together, they have five kids already, two of which are adopted.

For the second year, these two charming parents attended the Angels In Adoption event and this time spilled the beans on plans for future kids!

Having their nest emptier than normal (three kids flew the coop), they responded to questions about adopting again.

“We are always open to adoption. We feel like adoption has blessed our family in so many ways. And we are so thankful for our kids both biological and adopted. So ‘never say never.’ That’s for sure.” Korie said.

Willie, on the other hand, beamed at his wife and declared “Yeah, we are.”

What do y’all think? More kids on the way?

Watch ‘Robertson Kids Say The Darndest Things’ and see why they love kids so much!