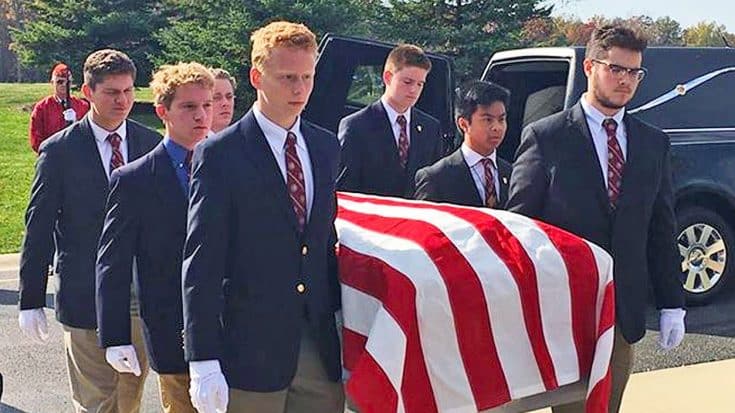 When three homeless veterans passed away in the Detroit area recently, no one was there to claim them.

That’s when six students at the University of Detroit Jesuit High School decided to pay their respects to the veterans by stepping up to serve as their pallbearers.

One of the students, senior Leonard Froehlich, said in a statement released by the high school that  it was an honor to be able to play a part in the veterans’ funerals:

“There is no better way to pay our respects than by being pallbearers. We honor these service members by being with them in their last moments on earth, and that in itself is a privilege.”

The students got the idea to serve as pallbearers at the veterans’ funerals from St. Ignatius High School in Cleveland, Ohio.

After the funerals, the students decided to set up a program so that high school students could continue to serve as pallbearers at the funerals of other homeless veterans.

The high school has partnered with a local funeral home to start the program, and over 50 students have already volunteered to help.

“I was glad and truly honored to have experienced and served those veterans who sacrificed their lives for our country,” another student, Joshua Gonzalez told local TV news station KTRK-TV.

We salute these young men for all they are doing to honor our nation’s veterans.