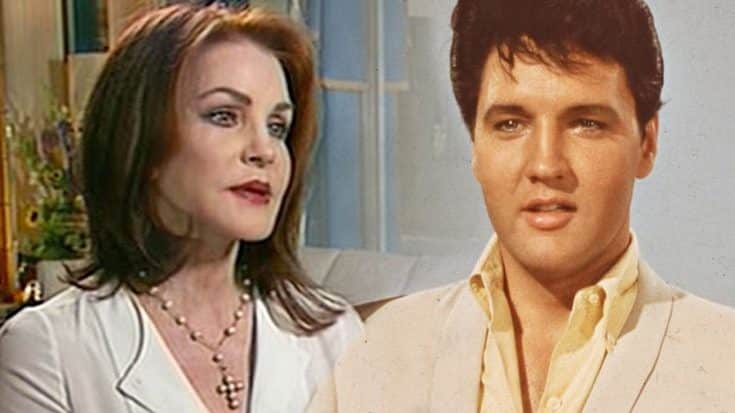 We miss the King of Rock and Roll more and more each day.

In a very revealing interview on The Jonathan Ross Show, Elvis Presley‘s former wife, Priscilla Presley, revealed the details of her final conversation with the music icon, just days before his untimely passing on August 16, 1977.

According to the Huffington Post, Priscilla reflected on Elvis’ state of mind before his death. She admitted she was concerned for him, but didn’t feel like she was able to help. She said,

We talked a few days before he passed which was very hard, [I was] asking if he was OK and if he was excited about going on tour and he was. He loved work, but he was dealing with a lot of issues… decisions that he had to make… so it wasn’t easy.

Elvis was, he felt he was OK. He wasn’t someone who you could just say, ‘You need to really take care of yourself…’ It was hard for anyone to do anything because ultimately it was his decision and he felt he was fine.

The couple met when Elvis was stationed in Germany and serving in the US Army in 1959. Although Priscilla was quite a bit younger than Elvis, the connection was very strong, and the two married in 1967. Priscilla admitted in the interview that it was hard to meet someone at that young of an age, and it really changed her childhood. She said,

You start losing yourself and who you are and people always wanted to know and still do actually, want to know about him and I do understand it a lot better now than when I was younger. I was kind of lost really in who I was earlier in my life, I really didn’t have teenage years, I learnt so much about him and was with him so much that I thought the way he did, I knew what he liked, what he didn’t like, I knew his thoughts, I knew everything as far as you could possibly do when you live together at such a young age… I’m much more comfortable with it now because I am my own person in my own right now so I’m able to share that.

Despite all the couple had been through, Priscilla admitted that hearing the devastating news of Elvis’ passing was incredibly painful. She told Jonathan, it was “absolutely devastating, I mean still to this day it’s hard to believe.”

In the emotional video below, Elvis sings “Always On My Mind” to his former wife. He uses the heart-wrenching ballad as way to explain to Priscilla all the regrets he holds about their failed marriage.