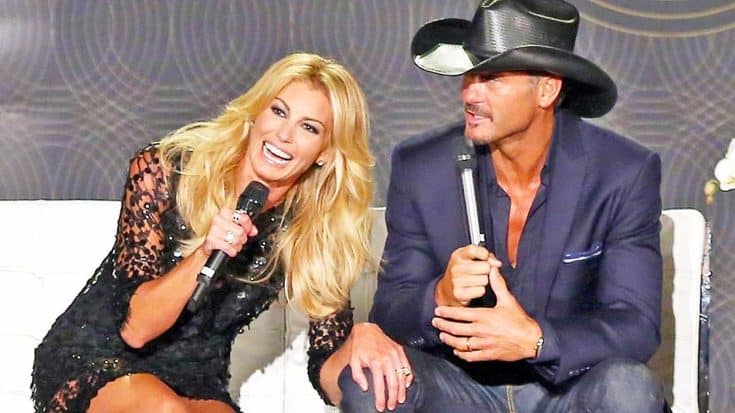 Tim McGraw uses social media all the time in order to connect with fans, tweeting regularly and logging on to Facebook for live chats.

Recently, McGraw asked his fans to tweet at him using the hashtag #AskTimMcGraw, and that he would answer their questions by posting short videos to his Twitter.

One fan was curious to know what McGraw’s favorite memory was over the course of his three-decade career. McGraw says that he has lots of great memories from his career, but that there is one that clearly stands out to him:

“One vivid memory that I have is playing at a festival on stage, and this girl named Faith Hill was playing right before me. And we were playing ‘The Joker’ on the stage, and we do this slide thing that we were doing at the time of ‘The Joker.’ And she came running out and did the slide with me. And I looked her in the eye and went, ‘Oh man. This is cool.'”

McGraw has shared the stage a lot with his wife over the years, including the time the pair sang their duet “Let’s Make Love” at the 2000 ACM Awards. You can watch their performance in the video below!