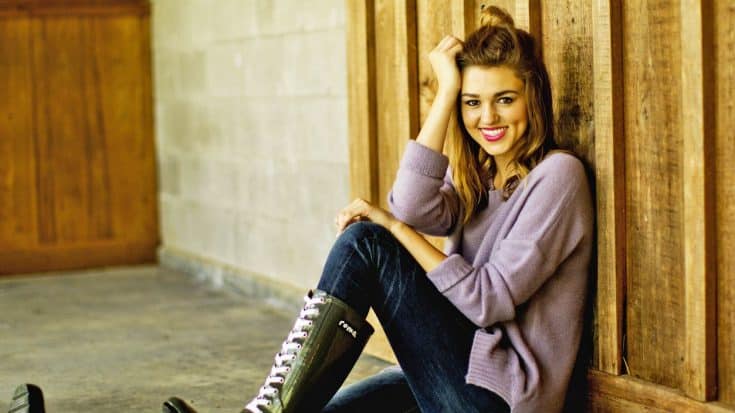 It is important to find a place of peace.

For Duck Dynasty’s Sadie Robertson, that place is in her new prayer room. For a teenager that has grown up in the spotlight, there can be a lot of pressures to deal with. At just eighteen she has written a book, started clothing lines, and served as a role model for young women. So it’s understandable that she needs a space to herself.

Sadie was inspired by a movie she recently saw, and shared the photo below on her personal Instagram account.

the movie war room really inspired me – so here is mine. what a war room is all about is a room secluded from anything else. a room where its solely for you and God to talk. it is for you to prepare for the daily battles & struggles we all go through. for you to have a pre-day, mid-day or post-day talk or cry with God. it is for you to find your identity in HIM! to find your strength in HIM! i encourage everyone to find a war room of your own. maybe it's in your closet, maybe it's a little wooden camper, or maybe it's just in your car. take that time out of your day to focus on the most important relationship in your life, and make it personal. 10.28.15

The movie War Room went to theaters in August 2015, and is a drama about faith. The film explores nearly ever aspect of life that we deal with, and is easily relatable. After watching the movie, Sadie was inspired to create her own “War Room” – a place to retreat.

Sadie plans to use her little wooden camper, turned prayer room to talk to God, and find strength. After just two days of the photo being posted, Sadie has thousands of comments from fans who are now inspired to create one of their own. Once again, showing the mass positive influence she has on her generation.

Great job, Sadie! We also have to give kudos for the adorable interior decor. It’s truly Sadie’s style!