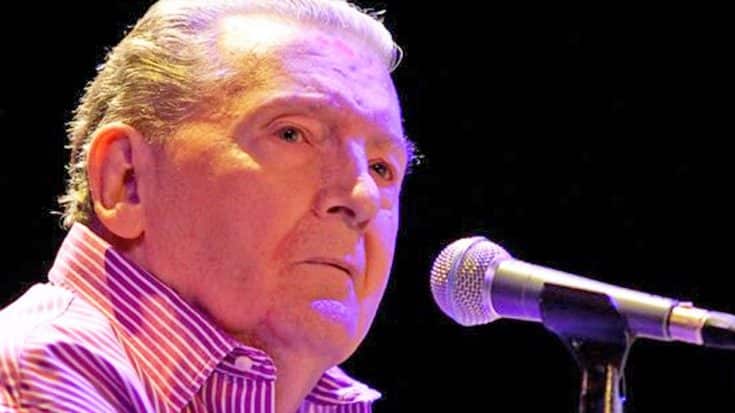 Jerry Lee Lewis has had a long and lustrous career spanning over 50 years, but he’s worried where he’ll end up.

He was a pioneer of rock and roll music and has a dozen gold records in both rock and country. He’s won several Grammy awards, While his incredible career gained him fame, his personal life did just as much.

He was involved in a huge scandal when he was 22 and married his 13-year-old cousin, Myra. Every radio station stopped playing his music, his record label cancelled his tour, and his appearance fee went from $10,000 to $250.

Although he makes this statement time and time again, he did have doubts years ago. There is a famous story that he asked Elvis Presley if he believed a rock n’ roller could go to heaven.

“I was always worried whether I was going to heaven or hell,” he admits. “I still am. I worry about it before I go to bed; it’s a very serious situation. I mean you worry, when you breathe your last breath, where are you going to go?”

If he didn’t think his music was what wouldn’t get him into heaven, it was his lifestyle. He was famously arrested at Presley’s Graceland home for allegedly intending to shoot him. He had already almost killed his bass player when he accidentally shot him in the chest, and set fire to a piano when he found out he wouldn’t be closing out a show.

HIs current wife, Judith said, “If the lifestyle’s got anything to do with it, that’s over.“

Lewis’ next performance will be at the BB King Blues Club in NYC on December 16th.

Watch Jerry’s energetic performance of “Great Balls Of Fire” below.