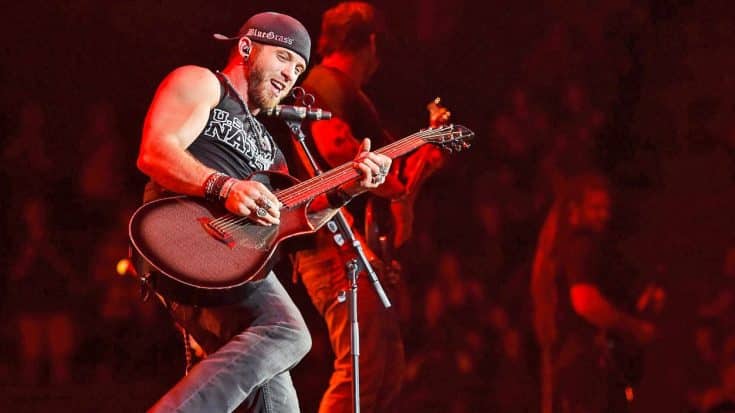 For the past week, Gilbert has been dropping hints on his Instagram and Twitter page about an upcoming announcement. He said, “The Blackout is coming…“

On Nov. 2nd, the country star revealed the big secret, announcing his 2016 Brantley Gilbert Blackout Tour. The U.S. just wasn’t enough, so the singer plans to take over the world, stopping in the UK, Germany, Canada, the Netherlands and Australia!

Gilbert posted the announcement on his Twitter page, he said,

The tour is set to kick-off in Amsterdam on Nov. 11. From there Gilbert will stop in Germany, Scotland and England throughout November. As he rings in 2016, Gilbert will tour across the U.S., then stop in Canada and finish off in Australia.

Brantley Gilbert is going to be one busy guy!

In a recent press release (according to theboot.com), Gilbert said,

If you’re gonna take it on the road, do it. If you’re gonna push the music, don’t be afraid to put it out there. People around the world get the idea about what we do: These songs are about living life in hard places, but standing up when you do. That’s a universal thing, so let’s do it.

This is why I do this: To take it to the people. I want to rock hard and tell the truth and see it in their eyes. My fans know what I’m talking about, and they come for that reason. It’s not for everybody, but it’s its own kind of country … and being out in some of the secondary markets, the kind of places I came up, that feels just like home.

Below is a full list of the Blackout Tour stops:

Check out Gilbert’s live performance of “Country Must Be Country Wide” below – and get excited for his world tour!