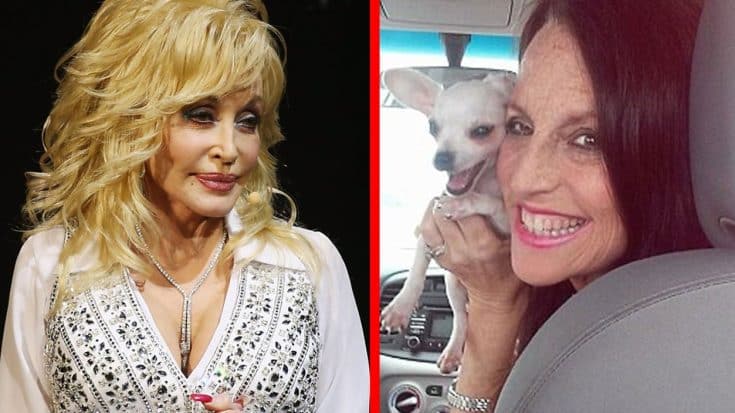 Over 3 million visitors stop by Dolly Parton‘s famous amusement park, Dollywood, each year. Although many guest enjoy their visit to the park, one guest didn’t have such an enjoyable experience there.

A woman by the name of Tedi A. Brown visited Dollywood in December 2013, and suffered a brain injury after she reportedly fell from her seat on the ride called The Waltzing Swinger.

The ride, which has revolving seats, lifts riders up 25 feet in the air.

Brown claims that a mix of sleet and rain made the ride “dangerously slick,” and when she questioned an employee if it was safe to ride, she was told that it was.

In the suit, Brown claims that the lap bars on the swings did not lock, and that the riders could lift them up and get out of their chairs at any time.

According to Brown, when she tried to get out of her seat she realized she was up too high, and lost her grip on the bar due to the slick conditions. She then slipped from her seat, falling ten feet, resulting in her brain injury as well as spine and neck injuries, torn ligaments and a broken jaw.

But according to Dollywood, Brown is not telling the full truth.

Dollywood claims that The Waltzing Swinger had not come to a full stop when Brown decided to get out of her seat. That is why, Dollywood says, Brown was injured, not due to any mistakes by the park or its employees.

The park also says that the seats on The Waltzing Swinger have better safety measures in place than Brown claims, saying that the lap bar has to be “intentionally unlatched” by the rider for them to get out of their seat.

It is because of all this that Dollywood claims the whole incident was not the park’s fault, and that is why they want Brown’s lawsuit dismissed.

If Brown wins the suit, she could receive $475,000 worth of damages from the park.

Regardless of who is to blame, our thoughts and prayers are with Brown and her family at this time.

Despite everything that is going on, we hope that people can continue to create good memories at Dollywood. Here’s a look back to one of the most memorable Dollywood moments, when Dolly’s and her good friend Kenny Rogers performed “I Will Always Love You” for the park’s 25 anniversary.