2-Year-Old Emma & Massive Horse Are Best Friends?! This is ADORABLE! 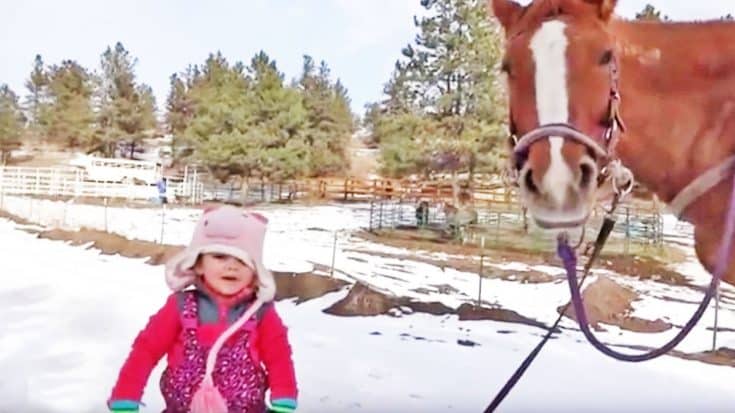 This incredibly cute 2-year-old leads her horse around like it’s just another day at the ranch, but wait until you hear her talk about her horse…it’s adorable!

Covered from head to toe in winter gear, and trudging through several inches of snow, little Emma cheerfully pulls along her horse while her Dad, Justin W. Dunn, films it.

“What’s that horse’s name?” He asks her. In the cutest way possible, Emma responds: “Her name’s Cinnamon!”.

The gentle giant just follows this tiny human around slowly without a care in the world. She hollers at the horse a few times “C’mon Cinnamon!” and the horse just keeps on following her, occasionally sniffing her little snow hat. This video is a MUST WATCH.

Check out Emma and her horse Cinnamon in the video below!