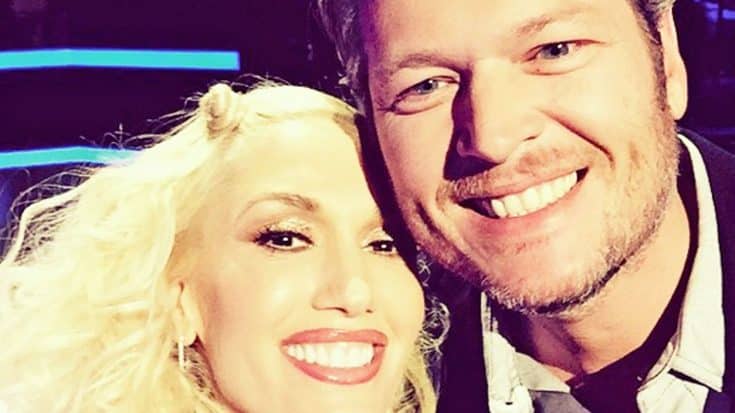 They were seen leaving a party together, which added fuel to the fire that the two are are an item. On another Halloween night, they were seen with fellow ‘Voice’ coach Adam Levine. Levine’s wife posted this photo on Instagram. Every news outlet and gossip site has been reporting about his love life, and he’s had enough! Even his Twitter followers and fans are tired of it!

Shelton responded to a few tweets about his love life, and they are, in true Blake Shelton form, hilarious and awesome.

Shelton always has such a good attitude towards his media attention and actually finds it hilarious that so many people are interested in his life.

Stefani, on the other hand, told Mornings With Carson Daly, “We’re just trying to have fun, you know?” Her Monday, November 2 interview with the radio host covered everything from her divorce, to her relationship with Blake, to new music.

After being married for thirteen years to Gavin Rossdale, Stefani said her life basically blew up in her face.

“I was literally that party girl that you hear about when their life blows up,” the singer said of the pictures from Halloween night. “And you’re like, ‘Oh, I’m going out! Watch me!‘”

She also revealed that her new album is “honest and real”.

Listen to her interview below.