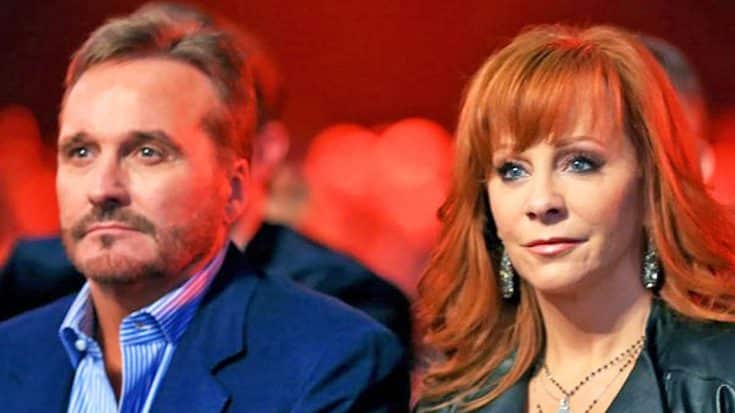 Reba McEntire knows that laughter is the best medicine, and according to her, so are attractive TV characters.

In August 2015, McEntire shocked the country music world when she announced that she and her husband/manager Narvel Blackstock, were divorcing after 26 years of marriage.

Although the split seemed sudden, McEntire and Blackstock said it had been coming for some time. Despite that, the situation was still a sad experience for McEntire.

In an exclusive interview with Oklahoma’s Own, Channel 9 news, McEntire opened up about how she’s been coping since the divorce, and revealed her unusual way of making herself feel better.

“I’m doing great…I’ve got my friends, my family and Cullen Bohannon to help me out,” says McEntire, referring to the character played by Anson Mount on the AMC show Hell On Wheels.

McEntire goes on to explain her fascination with the TV character:

“So I watch him every night to help me out because I got all of the four seasons downloaded and I watch Cullen Bohannon. He’s helped me through this…he’s really good lookin,’ [and] he kind of diverts my attention.”

Watch McEntire’s full interview with Oklahoma’s Own in the video below.

We’re glad that McEntire was able to find something to help her cope with her divorce, even if that something is a bit unusual!