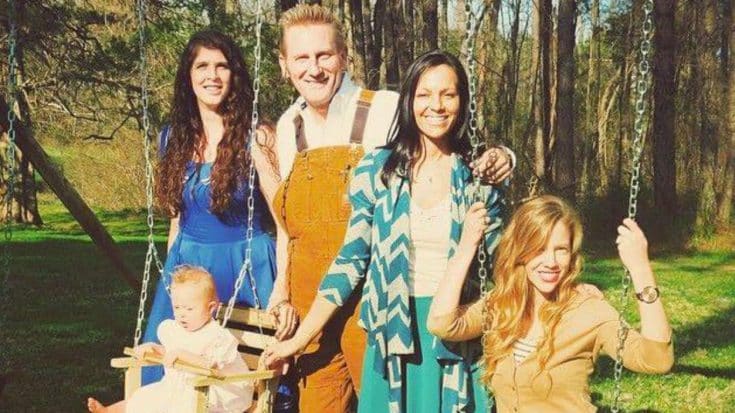 To say that the last few months have been a roller coaster for Joey & Rory Feek would be a profound understatement. From the outside, it’s hard to grasp the emotional turmoil surrounding someone with a life-threatening disease. But, Rory Feek has used his blog to candidly address his wife’s cancer battle and give us a glimpse into the heartbreaking and emotional side of the disease.

This morning, Rory shared the touching story of his marriage to Joey and her relationship with his two daughters from a previous marriage, Heidi and Hopie.  He tells of a symbolic moment during their wedding when Joey slipping a ring on his daughters’ fingers as a symbol of commitment to them. He also admits that while there have been many trying times over the 13 years since they married, they never gave up on each other.

Yesterday, Heidi and Hopie drove to Indiana from Nashville to spend some time with Joey….their mom. According to Rory, Joey has been sleeping a lot, too weak and tired to leave the house. But, when the girls arrived Joey made her way outside.

“The sun was shining and a slight breeze was blowing the golden leaves that were falling from nearby trees, as Joey got up from her bed and stepped through the back screen-door and found a spot between the girls on her mama’s porch swing.

And she held their hands in hers and talked with them.

And then she told them of the day when they’ll be together again in Heaven.” The post concludes with a reminder about Thursday night’s prayer vigil for Joey. People around the world will be gathering together or kneeling right where they’re at to pray Joey’s prayer.