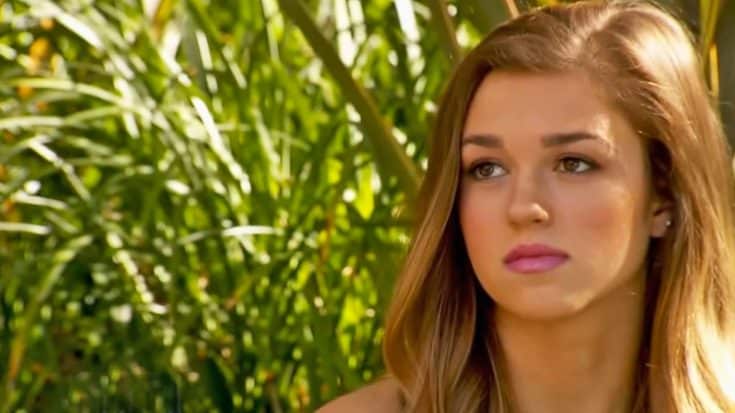 Sadie Robertson is such an inspiration.

The 18-year-old Duck Dynasty star is wise beyond her years, and has made it her mission to spread the word on how to “Live Original” (her motto!) to her peers across the country.

In an exclusive interview with Inside Edition, Sadie gave listeners some great advice, as well as a sneak peek inside her book, “Live Original“.

She began her interview with a little insight on her life motto. She said

”Live Original‘ is just to be yourself and not be anything that the world wants you to be. Just be confident in the person that God made you.’ She continued, ‘It’s about being yourself and living right for God and not for the world.’

Sadie admitted that while she tours the country and gets a chance to share her advice, sometimes she can’t get out all that she wants to say. That prompted her to write her own book, “I wanted to put it all into words and really get my message out there,” she said.

Sadie then spoke to the biggest piece of advice she offers in her book: how to stay pure in a relationship. She has made it publicly known that she chooses to stay pure until marriage, and she believes, “I think it’s important for a teenager to hear it from another teenager, like, ‘Hey I’m doing it too.“

Sadie is such a positive influence on her peers, and we couldn’t think of a greater role model! Keep spreading that positivity, Sadie!

Check out the full interview below.