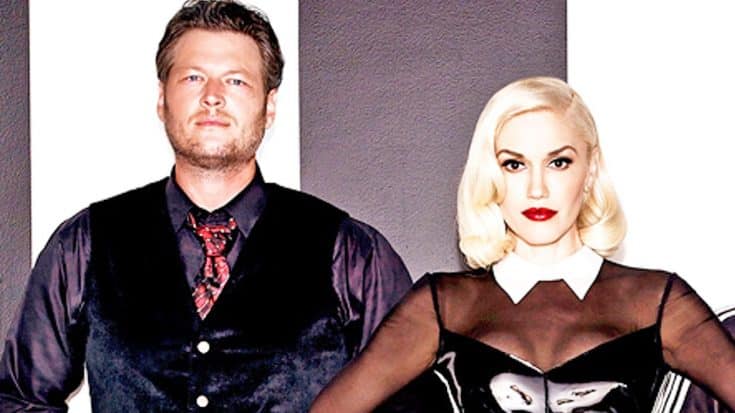 She is an open book.

Gwen Stefani stopped by KIIS FM in LA to talk with Ryan Seacrest on Tuesday morning, and Seacrest hit her with the hard questions right away.

She spoke about her love of being a coach on ‘The Voice‘ and he immediately brought up all the rumors about her relationship with Blake Shelton.

Gwen was recently seen with Blake over the Halloween weekend, at not one, not two, but three different parties. They left Jared Leto’s Hollywood Hills party together, and the next night partied together at Adam Levine and Maroon 5’s Halloween party. Photos recently surfaced of the singers getting cozy at Levine’s party. When Seacrest asked Stefani if all the rumors were true, she all but confirmed that they are together.

“I’m not going to answer that right now, Ryan. I think I’ve given enough of myself this morning to you,” Stefani said. She may have left her guard down because then she said, “But I think he’s hot, don’t you?”

She goes on about how she and Shelton going through divorces at the same time has helped her move on. “But to be super honest, it is kind of crazy we both went through the same thing at the same time,” she says.

Watch the revealing interview below.