RARE: Patsy Cline Talks About Near Death Experience 20 Months Before Her Untimely Passing 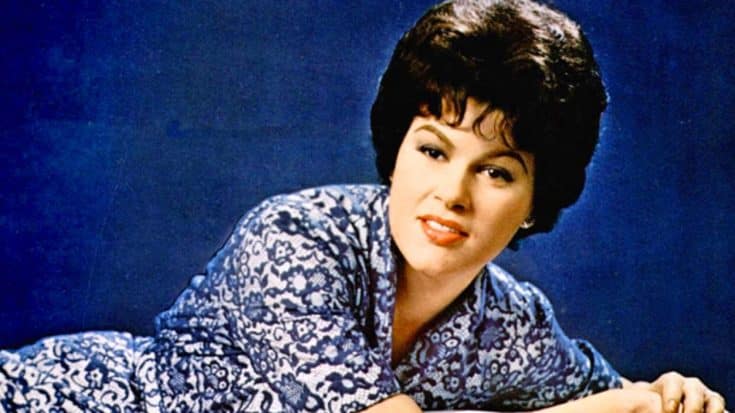 This rare piece of Patsy Cline history will shock you.

She was taken from the world too soon, with more talent than country music could handle. She paved a path for women in country music, and even to this day is making headlines with long uncovered material.

Live At The Cimarron Ballroom was recorded at that venue in Tulsa, Oklahoma on July 29, 1961. The price of one ticket was $1.50, and the recording from that show was released for the first time on that very same date in 1997.

The concert was special for many reasons. Cline played hit songs, from “I Fall To Pieces” to “Shake, Raddle, and Roll” and kept the crowd intrigued with some interesting dialogue. Mid-show she decided to discuss a near death experience she had in a car accident.

She had been asked by audience members why she looked so “beat up”. To which she responded:

“Another woman tried to pass a car in front of my brother and I and hit us head on.”

The accident happened June 14, 1961, leaving Cline with many major injuries including a broken hip, broken right arm, and lacerations to the face. She was fixed up with a little plastic surgery, that she was planning on completing 3 months later.

Cline proceeded thank her fans for the cards and letters she received while recovering. She had no idea what an impact she had on the world, or how loved she really was.

“I just want to thank each and every one of you. I received over 1200 cards, get well cards and letters, and boy, you’ll never know what it meant to this old gal to know that there was that many people left on this good old Earth that still think of me once in a while, and I sincerely appreciate it.”

It was just 20 months later that Cline did lose her life in a tragic plane accident. The unbearable irony of this recording is almost bone-chilling.

Rest in peace Patsy Cline, you are truly loved and missed.

Listen to the live recording in the Spotify playlist below (#11).