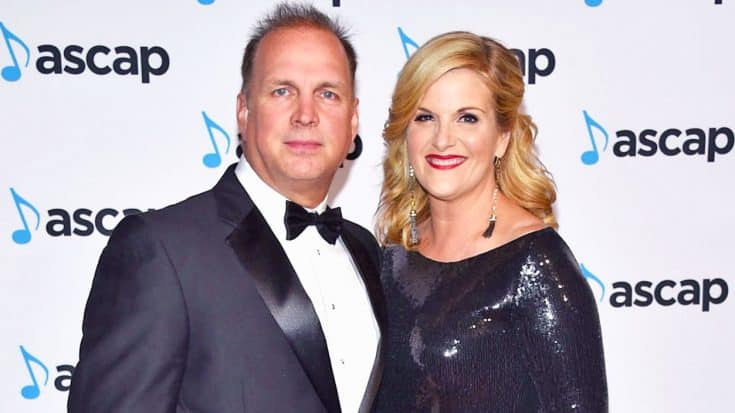 Trisha Yearwood may be married to the legendary Garth Brooks, but she is a legend in her own right.

That was made obvious on Monday night, when Yearwood was presented with the Voice of Music Award during the annual American Society of Composers, Authors, and Publishers’ (ASCAP) Awards.

According to the ASCAP, the award is “presented to songwriters and artists whose music gives voice to the spirit of a generation.”

Some other country artists who have received the award in the past include George Strait, Kenny Chesney, and Brooks, who took home the award over 20 years ago in 1992.

“He’d won it years ago, in 1992, so I needed to catch up to him,” Yearwood says in an interview with CMT. “He’s been holding it over my head for all these years.”

Yearwood says that she was honored to be recognized with such a prestigious award.

“I’m really touched,” Yearwood says. “I’ve been the biggest fan of songwriters my whole career. And this award is not about me. I just got to interpret those songs. I’m honored.”

Brooks chimes in, making sure that Yearwood knows that she had completely earned the award she was about to receive.

“You’re so worthy of what’s coming,” he says.

Tune in to the video below to see a recap of the ASCAP awards, including a small portion of Yearwood’s  acceptance speech.

We have to agree with what Brooks had to say, Yearwood is definitely worth this incredible honor and all of her career success.