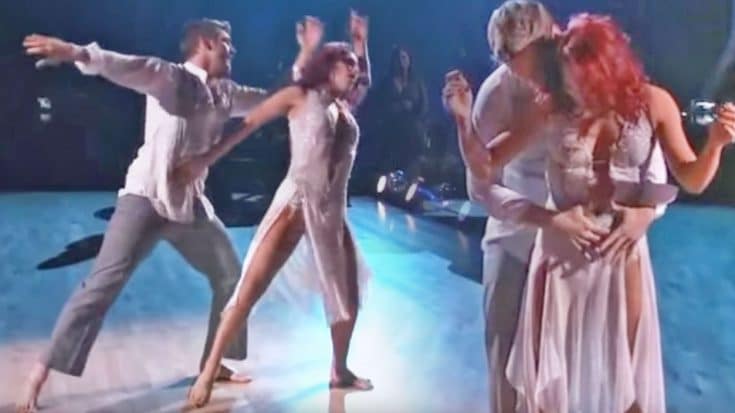 In a week where the celebrities pay tribute to their icons or idols, Backstreet Boys’ Nick Carter chose to honor his wife, Lauren.

The Dancing With The Stars contestant danced a contemporary routine with his pro-partner, Sharna Burgess to an acoustic version of Elvis Presley’s “Can’t Help Falling In Love“.

In the package, he reveals that they have been trying to have a baby for some time, unsuccessfully. While going through a miscarriage was painful, they can happily announce that they are expecting their first child!

Together, they tell Nick and Lauren’s love story through dance. “You’re having a moment where you need Lauren to pick you back up,” Sharna tells him. “And she’s always there for you, no matter what.“

Immediately following the performance, Nick breaks down in tears, and so do we!

The judges rave about how amazing the performance was.

They received the night’s only perfect score and were safe from elimination. After the scoring, it was also revealed that they are having a boy, a “Backstreet Boy”.

Watch the emotional performance below.