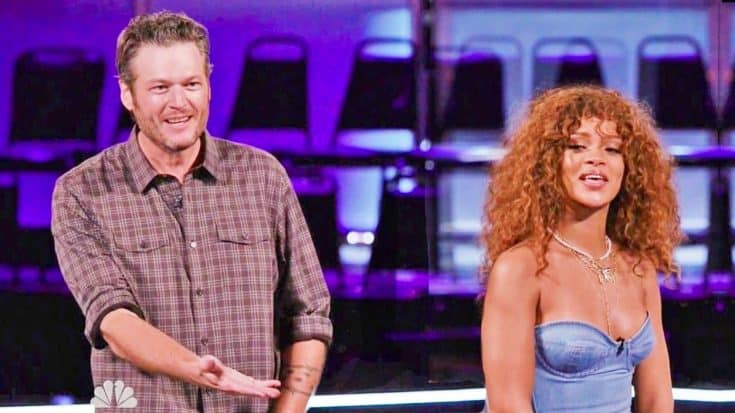 During each season of NBC’s The Voice, a world-renowned music artist is selected to assist all four of the judges with their coaching. For the ninth season, R&B and pop singer, Rihanna was recruited to assist in perfecting the contestants’ performances.

While helping the quick-witted cowboy, Blake Shelton, with his students she started a fire that might not quit!

At the very beginning of their collaboration, Shelton opened a can of worms by trying his hand at crafting a new nickname for Rihanna.

“I think you should reconsider my nickname for you ‘Anna'” He suggests. “Anna’s weird.” She says flatly.

“RiRi is not new! She shot back through a smile. “You though you were so brilliant and nobody could think of it?!”

But Miss RiRi isn’t done there. Shelton, poking fun at one of his team members, jokes “It’s too bad she’s not cute at all.”

This hilarious banter doesn’t look like it’s going to stop anytime soon! What do y’all think?

Check out these two and their funny exchange in the video below!