Tim McGraw And Faith Hill Have A Date Night Ritual NOTHING Can Get In The Way Of? Too Cute! 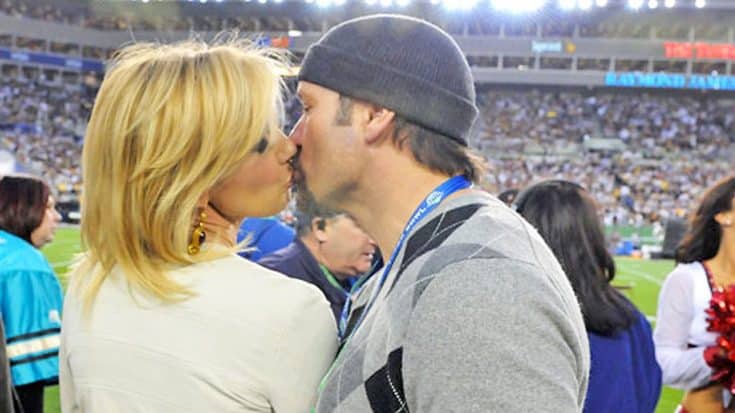 Tim McGraw and Faith Hill have always been high school football fans. So when fall rolls around in their Nashville neighborhood, they take it very seriously.

In a Parade Magazine interview, McGraw opened up about his passion for football.

“I just love high school football,” he said. “It’s something about the effort that the kids put in, and the community that’s involved.” For the McGraw clan, these football games are a tradition, and they take tradition seriously. With their middle daughter Maggie on the cheerleading squad, and their youngest, Audrey attending the same school next year they have a reputation to keep.

“We tailgate—Faith makes her famous jalapeño poppers and we make chili and hot dogs,” he said. “My middle daughter Maggie’s a cheerleader, and [the older daughter] went to the same school, and we’re just big football fans of the school.”

McGraw doesn’t even let work get in the way of missing a game, even though his manager and accountant would advise otherwise. His passion for the sport and the family time it brings is priceless.

“As a bonus, it breeds quality family time. I get to see my daughter out there doing her thing,” he says. “[Youngest daughter] Audrey starts next year, so I’ve got another four years of high school football. And grandsons after that…but a long time after that.”

It might not be what you expect a typical date night to be for the glamorous country music power couple, but it sure is endearing. Makes us love them even more!

Remember when Hill was the face of the NFL’s Sunday Night and Super Bowl XLVI? Watch the flashback below!