The ONE Person Luke Bryan Would Love To Take Fishing?? His Answer May Surprise You! 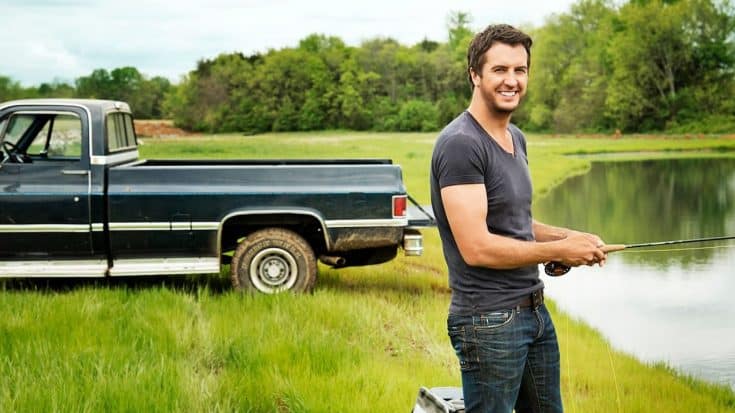 Luke Bryan stopped by the Country Music Hall of Fame to talk about life, music, and… Elvis?!

According to wincountry.com, the current reigning CMA Entertainer of the Year was asked which country music artist, living or dead, he’d like to spend the day with, and he didn’t hesitate for a moment to respond. He said,

I mean, it would no doubt be  Elvis,  y’know, just no question.

Luke name-dropped some of his other favorites, like Ronnie Milsap, Alabama, Lionel Richie, Hank Williams Jr., George Strait, Randy Travis and Alan Jackson. But all along, he had one favorite in mind… the King of Rock and Roll, Elvis Presley!

He was asked what he would do during his day with Elvis, and a laughing Luke responded with something we never saw coming,

Gosh, what would I do? I’d just try to take Elvis fishing. Sit in a jon boat… I don’t know, that’d be pretty amazing, that opportunity.

Luke said that he’s always loved Elvis, ever since he was a little kid. He reflected on his childhood and told the Nashville audience,

I used to sit in my room and I had a record player and uh, I’d sit there and listen to ‘C.C. Rider’. I’d be, like, four years old in my underwear singing Elvis songs!

We were definitely not expecting this, but we love it!

Check out the video below (around 3 minutes and 40 seconds) to hear Luke singing “Suspicious Minds“, and you can almost hear a little Elvis in his voice…