By Jennifer Pernicano on November 4, 2015
Advertisement 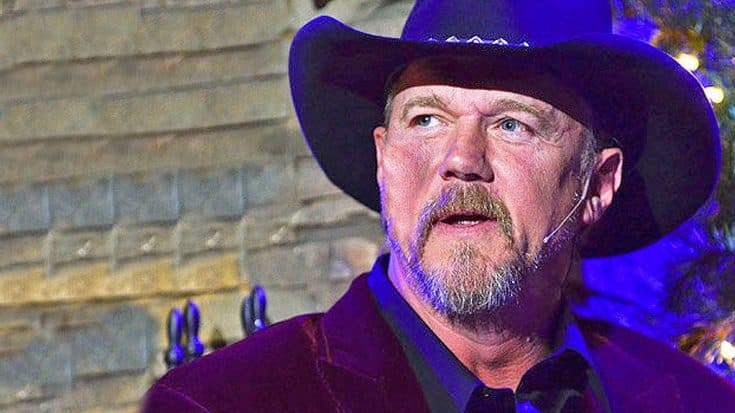 Trace Adkins has released over ten albums, but his upcoming 2016 album is his most personal, yet.

The first single from his new album is called “Jesus and Jones“.

Before a performance of the song at the Tennessee Valley Fair, Trace says the song,

“Talks about growin’ up and singin’ in church, and at some point, I ended up goin’ bad, you know. But somehow you find yourself stuck there. Between Jesus and Jones.“

He admits in an interview that he was stuck between ‘Jesus and Jones‘ when he started singing gospel music, and then found himself singing George Jones songs in a bar.

The single, which will be released in January, and the new album, are somewhat of an autobiography.

“I’ve had plenty of time to document some of the trials that I’ve been through the last few years. Might as well sing about them, seems to help a little bit.”

Adkins entered rehab in January 2014 after a setback in his battle with alcoholism. Shortly before he checked into rehab, he was involved in a fight with a Trace Adkins impersonator who was doing karaoke onboard a country music cruise.

Weeks later, his father passed away, and two months later, his wife of 17 years filed for divorce.

You can expect a lot of emotion and honesty from Adkins in his upcoming album.

Take a look at a live performance of “Jesus and Jones” below.

And check out his interview about “Jesus and Jones” below!