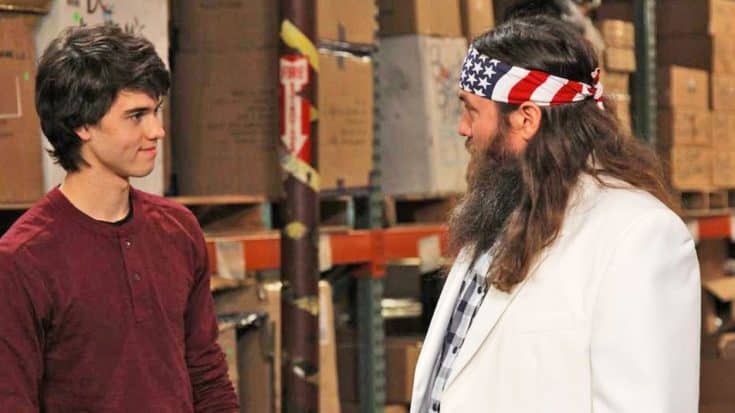 Ever wonder why John Luke Robertson doesn’t have a beard?

A crucial element of the A&E show Duck Dynasty is the fact that nearly every man in the Robertson family shares one thing in common. Besides their obvious family relation, they all have maintained the manly beards that American fell in love with 9 seasons ago.

However, not everyone has chosen the bearded life. The oldest Robertson son, Alan Robertson is rarely shown on the show and doesn’t sport a beard. Willie’s son John Luke has also chosen the “clean shaven” look, and it doesn’t look like the “Young and Beardless” Robertson will change his ways anytime soon.

Willie spoke with People NOW about the origin of the family beard, and what he thinks about his sons clean shaven face.

“The truth is I don’t know that he can grown a beard!”

Maybe in time John Luke will join has dad, granddad, and uncles in the beard club. Willie explains in the interview that the beards stemmed from necessity. The family spends so much time outdoors, and during hunting season the extra warmth is greatly needed!