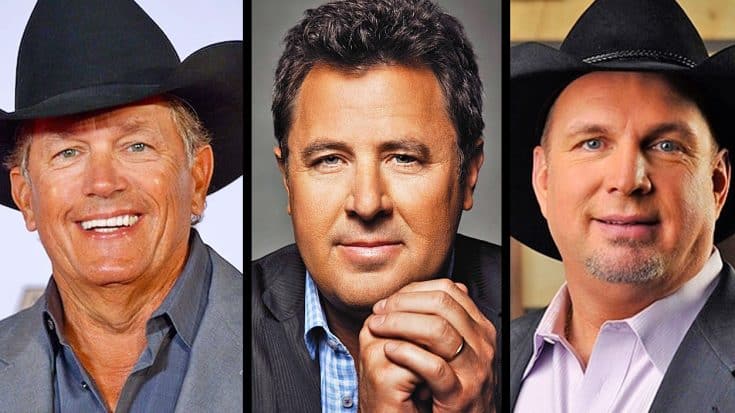 People today claim that chivalry is dead, but a true country gentleman always knows the way to win his country girl’s heart.

Oftentimes all it takes is a simple act of kindness or respect for a guy to let his special someone know how much she means to him. In turn, sometimes guys don’t realize just how much girls appreciate the little things they do for them.

Below, we’ve complied a list of the 9 best and most romantic ways for a true country gentlemen to sweep his lady off her feet.

Country girls’ hearts go pitter-patter any time their guy gives them “the look.” All a guy has to do is look at her with complete adoration, seeming as though he never wants to look away. Vince Gill certainly has “the look” perfected, and we’re sure he drives his wife Amy Grant wild every time he looks at her that way. 2. Spend time with her family and friends.

A country girl needs to make sure that her guy fits in with her family, and that he gets her mama and daddy’s approval. A guaranteed way for a true gentlemen to win that approval is by spending quality time with his lady’s family, whether it be throwing a football with her daddy or helping her mama in the kitchen. And don’t forget about her friends, because they’re basically a country girl’s second family.

Gentlemen, take note from Garth Brooks on this one. A country girl loves it when her guy rubs his nose against hers. It’s such a simple act of affection, but it feels so comforting to her. Cleary, Garth is in on the secret, and his wife and fellow superstar Trisha Yearwood melts whenever he does it. 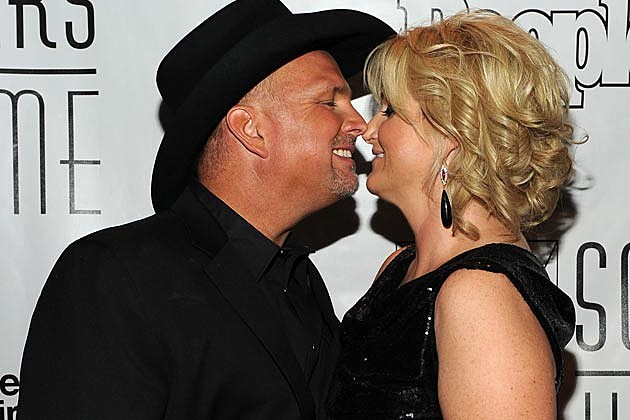 Girls are completely capable of putting on their own coats. Still, it is extra sweet when a guy hands a girl’s coat to her, and even more so when he actually holds it open for her to help her put it on. This rule doesn’t just apply to coats either, but can also apply to sweatshirts and favorite flannel button-downs too.

It’s always a nice gesture for a guy to fill up the tank of his country girl’s truck. Even though she can, and does do it herself all the time, she appreciates you doing it for her so she doesn’t have to climb in and out of her seat.

Country girls have a special place in their hearts for their furry friends, especially their beloved pooch. Nothing makes a country girl weak in the knees like seeing their guy  with their animal companions. Tim McGraw knows this is true, and maybe that’s why he happens to spend a lot of time with his adorable dogs, in order to win over his wife Faith Hill. 7. Respect others, especially anyone who serves you.

There’s no greater indication of how a guy treats other people than how he treats a restaurant server or store cashier. Ladies take notice if a guy is respectful to those who do something nice for him. They take even greater notice if he acts rude or treats them with disrespect.

8. Bring her flowers or other random gifts.

It doesn’t need to be her birthday or Valentine’s Day for a guy to buy his lady a special gift. It doesn’t even have to be bought as a matter of fact. A simple note saying how much you love her, or a bouquet of wildflowers from along the creek are more than enough to put a smile on her face.

Don’t get us wrong, no country girl wants her man to be all over her in public. But what a country girl really loves is when her guy isn’t afraid to show simple displays of affection in public, whether it be in the form of a hug or even a small peck on the lips. George Strait never shys away from showing affection toward his high school sweetheart, and wife of over 40 years, Norma. George can often be seen sitting close to his love, or putting his arm around her in a simple way to let her know how much he adores her. All you country boys better pay attention to how these guys treat their ladies, because you may be able to copy some of their moves and win over a country girl of your own!