Blake Shelton And Gwen Stefani Quoted: The Voice Couple’s Cutest Comments About Each Other 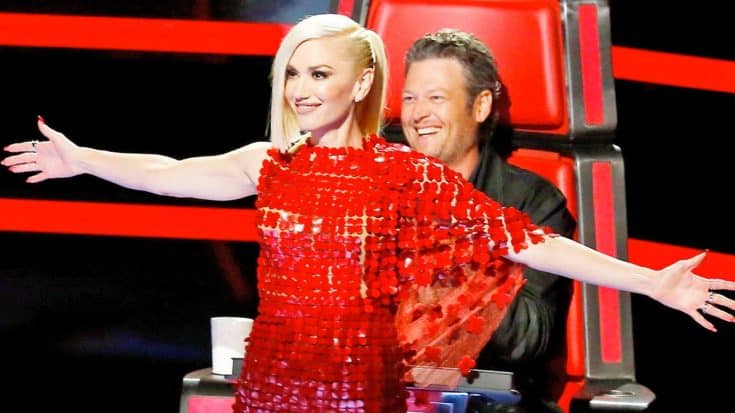 There has been a lot of talk about Blake Shelton and Gwen Stefani lately. But what we haven’t see as much of is how the two have talked about one another.

The Voice coaches have always had nothing but great things to say about one another. They have become very close since season 9 of The Voice began, and it is clear now that we should have seen the writing on the wall. According to People Magazine, the flirtatious two-some have been singing each other’s praises for quite some time. Read below to hear it straight from the source.

1. In August, Shelton was asked to pick a coach he’d like to be for a day. “You know what, I’m gonna say I would pick Adam Levine because he’s married to a super model. Need I say more?” After being asked why he didn’t pick Stefani, Shelton said, “Well, I’m trying to be nice. If I said Gwen, it’s just so I could stand in front of a mirror naked, so I’m gonna pick Adam instead.”

2. Shelton was also asked which coach he’d pick if he auditioned on The Voice. “Oh, Gwen,” he said. “I mean, have you seen her? If I’m gonna be in a rehearsal room with Pharrell, Adam or Gwen, who the hell do you think I’m gonna pick?

1. “He’s such a fun, funny guy,” she said in August. “He just seems like such a good person. I love being around him.”

2. When asked to pick a judge she’d want to swap lives with, Stefani replied, “I might pick Blake because he has a weird life … I think he has animals and does country stuff, which would be so different.”

3. “Blake and I like a lot of the same voices,” she said. “We always turn for the same people … I don’t really know country music at all. I know like Emmylou Harris … but I think Blake likes a lot more music outside of country music as well.”

4. After shutting down the rumor mill in October, Stefani told Entertainment Tonight, “It seems like the cowboy is really happy on the show. We’re all having so much fun on that show. Everybody is in such a good place.”

5. Stefani set foot on Ryan Seacrest’s talk show, and disclosed more than she might have liked, “I’m not going to answer that right now, Ryan. I think I’ve given enough of myself this morning to you. But I think he’s hot, don’t you?”