The CMA Awards Went To A Galaxy Far, Far Away In Star-Studded Opening Skit

By Jennifer Pernicano on November 4, 2015
Advertisement 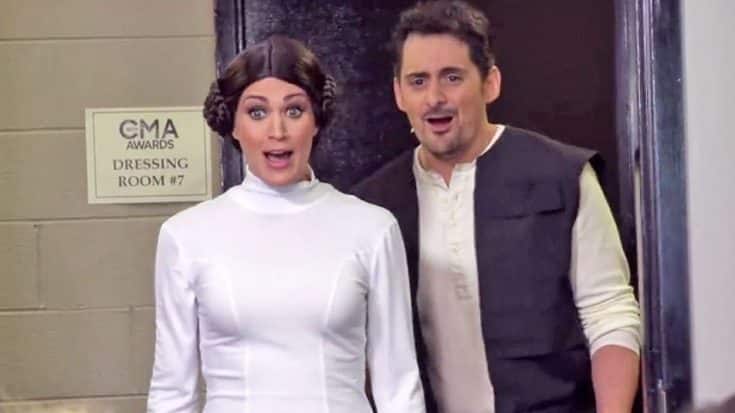 Even the CMAs were bit by the Star Wars bug!

With the famous franchise coming back to theaters for its seventh installment, fans everywhere have been going nuts for its release, even country fans!

They run through the dressing rooms telling all the singers that the Star Wars opening monologue has been cancelled!

Guitar Solo runs into a Stormtrooper in the hallway and tell him the bad news, who ends up being none other than Daruis Rucker! He took the news well, so Carrie made the obvious joke, “That Daruis, he’s such a trooper!”

Finally, they tell the villain of the bunch, Garth Vader, who turns out to be Luke Bryan, but not before Princess Carrie Fisher declares her love for Guitar Solo!

Watch the hilarious opening scene below!

A long time ago at an award show real far away… (or LIVE right now on ABC!) #CMAawards Star Wars