Underdog Chris Stapleton Cleans Up The CMA’s With Hat-Trick, But WHO Is He?

By Miranda Raye on November 4, 2015
Advertisement 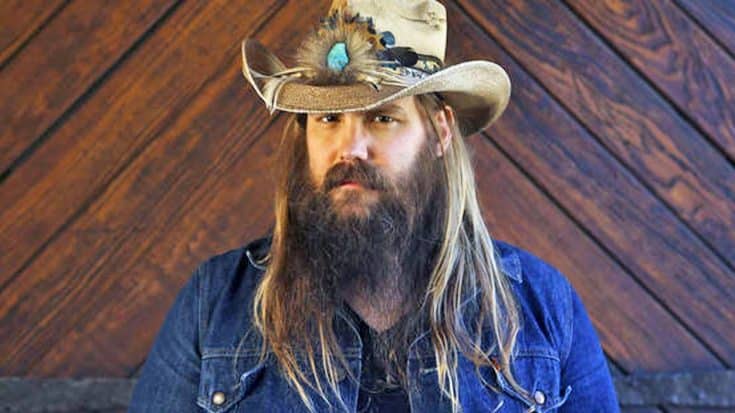 Chris Stapleton has completely stolen the show at this year’s CMA Awards, taking home the awards in all the categories he was nominated in: Album of the Year, New Artist of the Year, and Male Vocalist of the Year.

But it was Stapleton’s performance that truly caught people’s attention. Stapleton  joined pop star Justin Timberlake for a duet of their hit songs “Drink You Away” and “Tennessee Whiskey.”

The performance brought the audience to their feet, with stars like Miranda Lambert and Kelly Clarkson taking to Twitter to share how blown away they were by Stapleton’s talent.

However, one question remains. Who exactly is Chris Stapleton?

Stapleton has been active in the country music industry since 2000, starting out as a songwriter. He has a total of six number one songwriting hits to his name, penning the songs “Love’s Gonna Make It Alright” for George Strait and “Come Back Song” for Darius Rucker.

In total, Stapleton has had over 150 songs appear on the albums of various artists, including Luke Bryan, Brad Paisley, and even Adele.

Stapleton broke out as a singer in 2013, when he signed with a record label and started working on an album. His debut album, Traveller was released on May 5, 2015, and later went on to snag the CMA Award for Album of the Year.

Watch Stapleton’s history-making CMA performance with Justin Timberlake in the video below, as well as the video of him accepting the award for album of the year.

One thing’s for certain, after this year’s CMA’s, no one is going have to ask the question “Who is Chris Stapleton?” any more!

CMA Awards – Album of the Year

Chris Stapleton’s “Traveller” wins him a 2nd CMA Award of the night for Album of the Year! #CMAawards