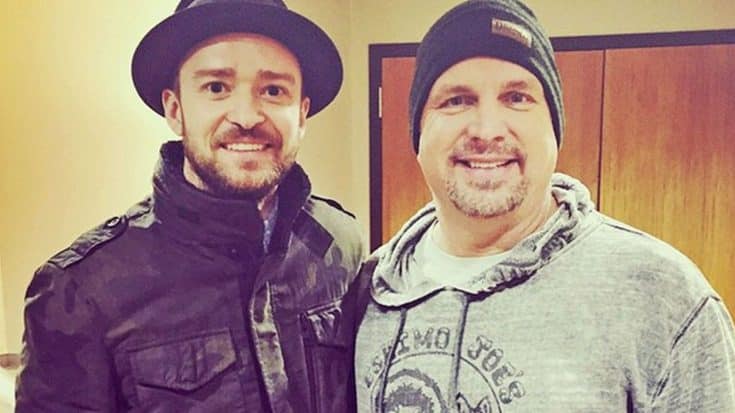 When it comes to the former N’SYNC front man, Justin Timberlake – there really isn’t anything bad to say.

He may not seem like the obvious choice for a CMA Award show performance, but Garth Brooks says that just isn’t so.

While joined by wife, Trisha Yearwood on the 2015 CMA red carpet, Brooks went live during an interview. He was asked about his friendship and past experiences with Timberlake, who he performed “Friends In Low Places” with in 2014. The reporter also asked the couple if it made sense for him to be performing at a country music awards show.

Garth said, “He grew up on a lot of country music, his mom will be the first one to tell you as well.” To which Trisha echoed, “It makes a lot of sense for him to be here in my opinion because he really is all about the country music artists.”

No word on whether Brooks and Timberlake will collaborate in the future, but maybe “JT” will make a turn to country. Whatever he does, it’s going to be great and a lot of people in the country music industry are huge fans!

Let’s give this wifi one more shot. Thanks for joining us at #CMAawards love love love, g