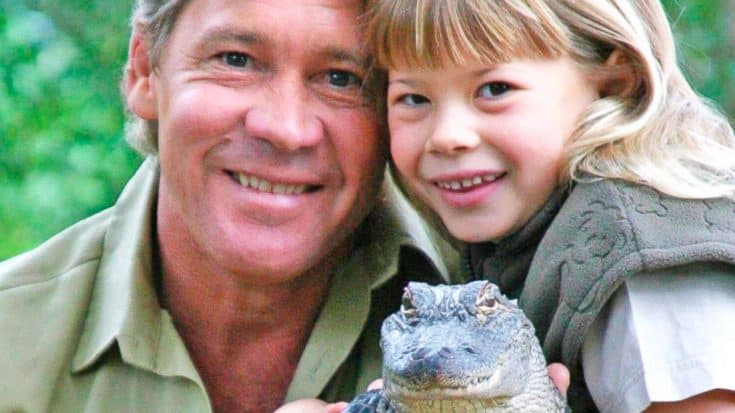 It’s been a hard week for Dancing With The Stars‘ Bindi Irwin.

According to TMZ, the dancer is reportedly being kept from her $230k paycheck by a judge that demands proof her father has passed before handing it over.

Bindi’s father, wildlife expert and ‘Crocodile Hunter’ Steve Irwin, passed away in 2006 after being attacked by a stingray while snorkeling nearby Queensland, Australia. Bindi was just eight-years-old. Since Bindi is still a minor, she signed a minor’s contract when she began the DWTS competition. The contract requires her parent’s approval and signatures to give her the rights to her own earnings.

Upon starting the dancing competition, Bindi’s mother, Terri, signed the contract and gave up all rights to any money Bindi earned throughout the show. But in a sad turn of events, the LA Superior Court judge ruled that both parents need to sign the contract, or if they are unable, need to give proof of the parent’s passing.

TMZ reported that the judge said without proof of Bindi’s father giving up his rights,

The court is unable to find that it is in the best interest of the minor to be bound by the terms of the contract.

At this moment, it is not clear if the judge is unaware of Steve’s passing or if a death certificate is needed.

Below, Bindi opens up about the pain of losing her father, and performs a dance in his honor.

No matter where I go, dad will always be with me. I wish he could fully understand how much he’s done for me, and that I miss him…

Our hearts go out to Bindi and her family.