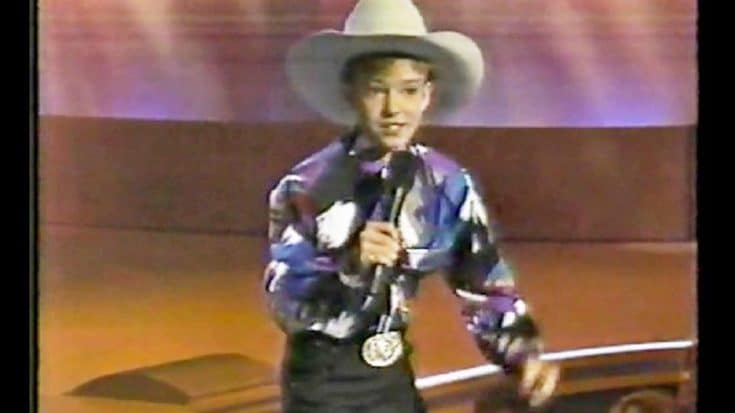 Even though Justin Timberlake is better known for his pop hits, “Suit and Tie” or the more familiar “Sexy Back” he has always been a country boy at heart.

Born and raised just hours from the heart of Nashville in Memphis, Tennessee, Timberlake grew up on southern sounds. Even though his career didn’t go in the direction of country, it certainly started out that way.

The video below showcases the country talents of a very young Timberlake. Sporting a ten gallon hat, Wrangler jeans, and a shiny belt buckle he embodies country style. And that twang! Singing Alan Jackson’s 1992 hit “Loves Got A Hold On You”, he completely captivates the crowd with smooth vocals and flashy dance moves.

This rare performance was captured on the popular television show, Star Search and we are sure glad to have found it!