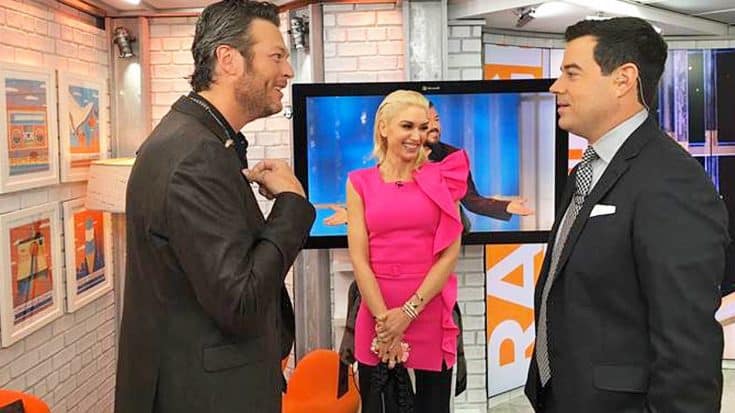 Those were Carson Daly’s exact words when discussing the news of Blake Shelton and Gwen Stefani’s new found relationship. The Voice host was praised by Today Show co-anchors for being so discreet about the couple.

Most would think that Daly had known long before Stefani’s rep released a statement, but he wasn’t going to say. What he did say speaks volumes about his loyalty and friendship to the two Voice coaches.

“Come on, I’m a loyal guy!” Daly said when his co-anchors gave him a hard time for not letting the cat out of the bag sooner. “I didn’t know. I didn’t think Blake could get a girl as hot as Gwen, to be honest. He’s a goofy cowboy, she’s the queen of cool. But God bless them, they’re two of the nicest people in the business. We’re thrilled that they’re finding each other. Good luck, we love you!”

Anyone can appreciate Daly’s discretion on the topic. After all, it wasn’t his story to tell and I’m sure Shelton and Stefani would agree! He also commented on the Halloween photos snapped of the new couple saying, “I am not shocked after Halloween and the photos that came out, I was a little shocked last night to hear Gwen’s people put out an official thing because apparently she went to Nashville.”

Stefani didn’t attend the 49th Annual CMA Awards with Shelton, but was seen afterward, hand in hand with him.

Watch the clip of Daly commenting on “Shefani” below.