The Eagles Postpone Kennedy Center Honors Due To Health Concerns 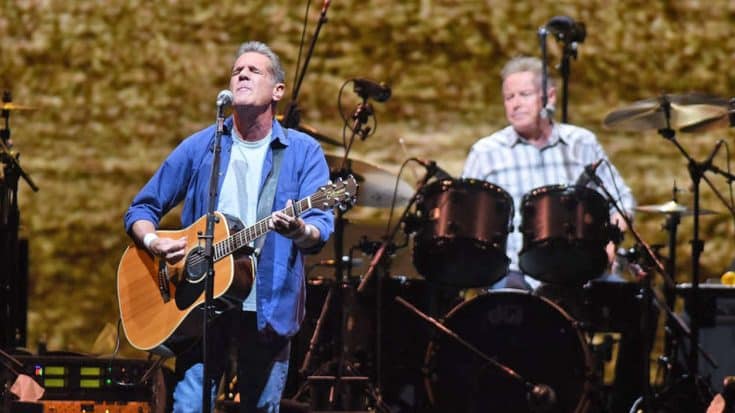 The Eagles were scheduled to participate in the 2015 Kennedy Center Honors, December 6th to celebrate the band’s accomplishments. But it looks like it will be another year before they’ll be honored at the Washington, DC landmark.

The John F. Kennedy Center for the Performing Arts said they would postpone presenting them the award, due to Glenn Frey’s health complications.

The Eagles founder has been dealing with health problems since the 1980s, induced by too much partying in the groups heyday. The band has had to cancel a string of tours due to unexpected issues and surgeries in the past. Frey will be having another intestinal surgery close to the December 6th ceremony, causing the sudden postponement.

A statement released by the band reads:

“The Eagles will be unable to participate in the 2015 Kennedy Center Honors on December 6th due to Glenn Frey’s health. The Kennedy Center has graciously agreed to postpone the Eagles’ award presentation until next year, when all four Eagles, Glenn Frey, Don Henley, Joe Walsh, and Timothy B. Schmit, can attend.”

The Kennedy Center Honors will go on without the Eagles in attendance, but it’s only in their best interest. The band and organization felt it was best to have all group members present for such an extraordinary honor. We will keep Frey in our thoughts and prayers. Wishing him a speedy recovery!

Take a listen to one of the most iconic Eagles songs, “Hotel California” below.