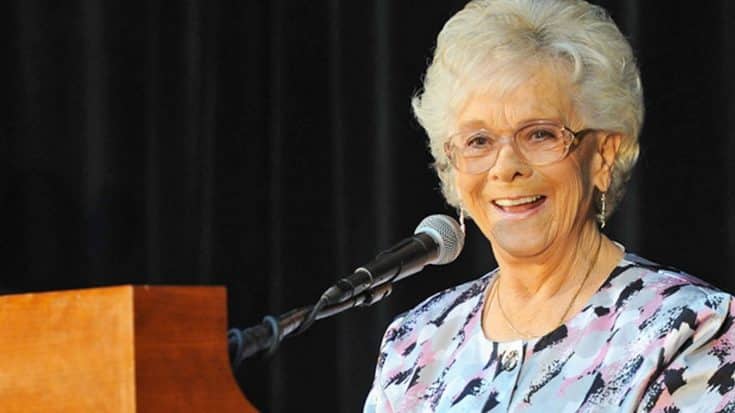 She has an opinion that is worth listening to!

The iconic country legend, Jean Shepard is a true pioneer for women in country music. She has been deemed the matriarch of the Grand Ole Opry family, and couldn’t be more humble about her successful career. She is very adamant on how she feels about country music, and how the industry has changed.

She explained to The Tennessean:

She helped celebrate the Opry’s 90th anniversary, and reminisced what the Opry stood for during the highlight of her career. When Shepard listens to country music today, she doesn’t get the same feeling she did back then.

Her honesty is part of what has made her a legend. During a time when women weren’t as prevalent in country music, she opened doors. She has been an Opry member for 60 of the 90 years in it’s existence, making her the longest-tenured member of the current Opry cast and the only female artist to reach that six-decade milestone. So there is no wonder why she was deemed the “Grand Lady” of the Opry!

Watch Shepard’s full interview below to hear more words of wisdom from a woman who knows a thing or two about country music!