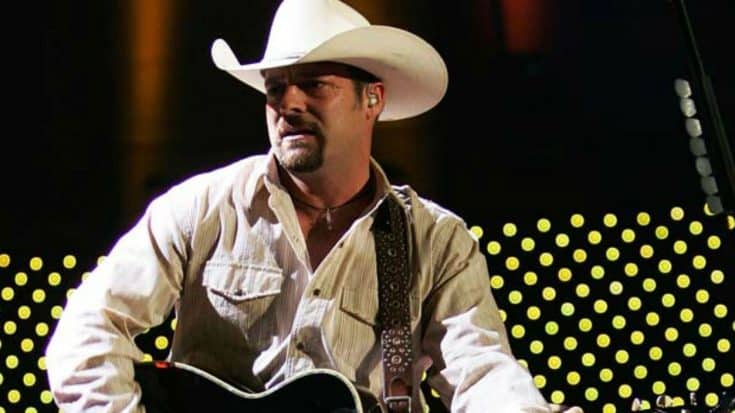 Chris Cagle is calling it quits. The announcement was made on social media on Sunday (Nov. 1) and was met with great disappointment from his fans. While some urged him to reconsider, most respected Cagle’s decision to focus on being a dad to his three young daughters and a husband to his beautiful wife Kay.

Just a day after Cagle made his departure from country music official, he took to Twitter to fire back at media who he felt was using his announcement as a way to rehash the artist’s past.

“FOR THE RECORD! I would like to thank All the fans for the love, radio for the AirPlay, the regionals for the hard work and road time, the promoters and talent buyers, for the work, and the band for their passion! Look, I made it farther than most thought I would (because of the Cagleheads) and I’m proud of the music that I made! Yes I had a career full of mistakes but that’s being human! But all of the bad sh** was years ago! I started a new company it’s doing great, I get to be home with the kids and it means the world to me, SO if any of you “reporters” want the story ask me but I’m tired of my career, which is special to me, being tainted by your bull**** slants!!! Nobody in Nashville or media gave a sh** that I toured for the last couple years after I released Back In The Saddle! So why talk about it now? I wanted to say [sic] goodbye to the people who actually care….the FAN!!!
Have some class and leave it at that.”

Cagle was best known for songwriting before signing his own recording contract in 2000. Cagle made his debut on the Billboard Hot Country Singles charts with My Love Goes On and On, the first single from his debut
album Play It Loud. The album also produced I Breathe In, I Breathe Out, his only number one hit.


The What a Beautiful Day singer made a mark on country music with his unfiltered approach to life and music, something his devoted fanbase, the Cagleheads, love him for and the media has held against him. His incomparable songwriting skills didn’t get the attention he deserved while he was in Music City, but that’s not to say his songwriting days are over. In fact, we hope the opposite is true. Our hope is that Chris Cagle will be penning hit songs while nobody’s looking, pull a Garth Brooks and surprise us with a return to the stage. There’s a hole in the music scene that only a guy like Chris Cagle can fill.

Cagle’s presence will be missed, but we applaud his decision to focus on his family. Chris told CMT in 2008, “No matter how bad some people in this business might want to forget me,” he says, “the Cagleheads ain’t gonna let it happen.” You can count on that!