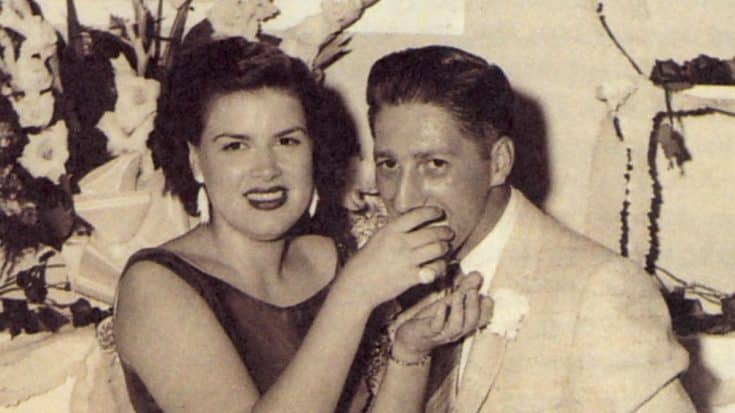 Charlie Dick, the widower of Patsy Cline, died in his sleep Sunday morning (Nov. 8) at age 81.

Dick married Cline on September 15, 1957 and they remained married until Cline’s tragic death in an airplane crash on March 5, 1963. The couple shared two children, Julie and Randy.

After Cline’s death, Dick played a pivotal role in keeping his wife’s legacy alive by overseeing a pair of documentaries on Patsy’s life and promoting her albums for years afterward. Dick said of his wife’s music, “She was just trying to make records that people were hear, and to get to the Grand Ole Opry.”

He told PEOPLE magazine in 1985 that Patsy Cline was a determined woman.

“She was what you’d call a career gal today. Patsy said to me before we got married, ‘Someday I’m gonna be a famous singer, and if you want to be beside me, then let’s do it.’ From then on, it was one show, one record, one dollar after another. Patsy was so determined to sing that she worked the Opry one night and gave birth to Randy the next.”

The rebirth of Patsy Cline’s music in recent years is a testament to Dick’s devotion to his wife and her music.

Our prayers are with Charlie Dick’s family and friends.