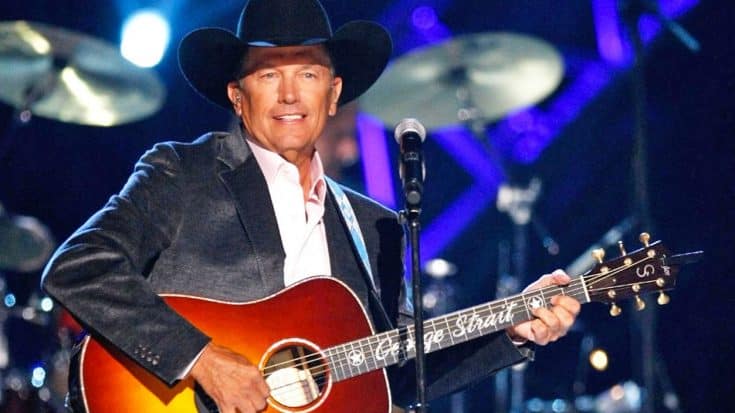 As a former soldier in the US Army, George Strait always makes sure to recognize the brave men and women who are fighting or have fought for our country.

This past weekend, Strait gave a very rare an intimate performance in Boerne, TX., to raise money for the Wounded Warriors. According to the Examiner, Strait announced,

I am very proud of the folks, the good friends and talented group of musicians, that I am sharing the stage with tonight. We are all here to raise money for the Wounded Warriors through David Feherty’s Troops First Foundation that gives quality help to our brave American wounded soldiers from the Middle East.

Before the King of Country even got to singing his classics, like “Amarillo by Morning“, “Here For A Good Time“, and “The Chair“, the event announced they had raised $600,000. Wow!

The stage was filled with wounded warriors, as the whole crowd took their hats off to show their support for the brave men and women. The room held their hands over their hearts as Ray Benson sang “America, the Beautiful.”

The least we can do is support these brave men and women who fight for us and we are all humbled and grateful for their service.

And the crowd cheered, raising their glasses to the brave soldiers.

Although Strait will no longer be touring, he’s sure to continue working and doing events like this one! Strait told the Examiner,

Yes, last year was my last and final tour. But that doesn’t mean I will not be working. In fact, we recently announced some dates in 2016 and 2017 for a series of shows in Las Vegas and I my new album, Cold Beer Conversation, is out and doing well.

And although he admitted he doesn’t miss touring too much, he said “I enjoy this,” while pointing at the event.

Strait has been known to honor military men and women at his shows before. Below, Strait gives away a mortgage-free home to a military family.

Check out the emotional moment.