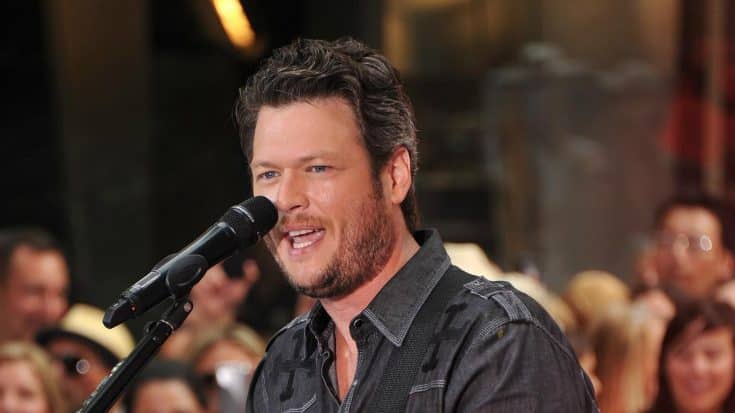 Life has been pretty amazing for Blake Shelton lately, and it looks like it’s just going to keep getting better.

Blake Shelton teased a big announcement on Twitter Sunday afternoon (Nov. 8) with a cryptic message for his fans. “Just when things are about to quiet down around here…I’ve got something BIG to announce tomorrow. #shocking #staytuned”

Just when things were about to quiet down around here… I’ve got something BIG to announce tomorrow. #shocking #staytuned #?

After some fan speculation about new music or an upcoming wedding, Shelton assured fans that there was no way they would ever guess because the announcement was “just WAY too insane.” When asked if it was personal or professional news, he confessed that it was a combination of the two and left everyone in suspense with orders to tune into the TODAY Show with Kathie Lee and Hoda Monday morning (Nov. 9).

The announcement did not disappoint! Blake let it be known that he’ll be hosting Nickelodeon’s Kid’s Choice Awards on March 12, 2016. Social media reaction ranged from excitement about having a country music artist host the show to shock that someone with a no-so-kid-friendly lifestyle would be chosen for this honor.

What do you think about Blake’s announcement?

In case you’re wondering just how Blake feels about kids, check out what he told Ellen when asked about having kids of his own.