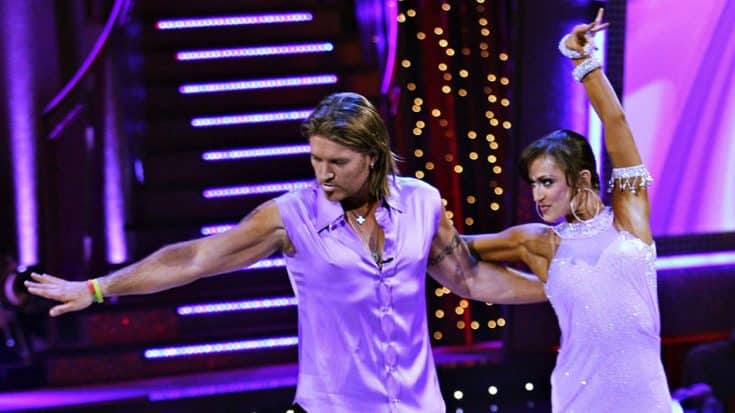 In 2007, when Disney’s Hannah Montana was in it’s prime and Miley Cyrus was pre-wrecking ball, her dad took to the dance floor on the fourth season of ABC’s Dancing with the Stars. Calling it the “scariest thing I could possibly think of to do,” Cyrus made it through eight weeks of the competition despite constant criticism and low scores from the judges.

In one of his most memorable dances of the season, Cyrus and his professional dancing partner Karina Smirnoff performed a cringe-worthy mamba just before being eliminated. The dance itself was overshadowed by Cyrus’ bizarre behavior following the performance and harsh criticism from the judges, especially that of long-time DWTS judge, Bruno Tonioli, who called the dance “crap.”

“You always are deliciously awful,” Tonioli told Cyrus.  “I love him like anybody else… but this was terrible!  It was crap!  Oops! I’m sorry…”

Cyrus fired back at Tonioli by saying, “Bruno calling me crap is the pot calling the kettle black. We worked way too hard on it for it to be called crap.  I mean we worked really hard on it so you would think that he might appreciate that a little bit.  But what the heck.”

Watch Billy Ray Cyrus and Karina Smirnoff’s mamba below and let us know what you think.